The crane's nest tesuji is a classic tesuji used to capture fleeing stones. 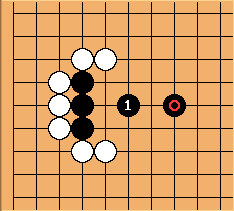 , with the intention of connecting his three stones on the left with

. How can White capture those stones? 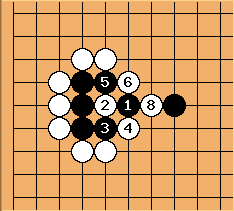 captures the stones with the crane's nest tesuji. (

In Poland we call this tesuji kraszek (in English you could say crashek) after of Janusz Kraszek. 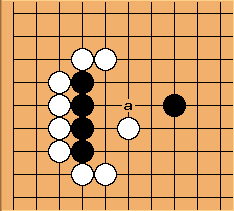 You can do a variation of this tesuji to four stones as well. 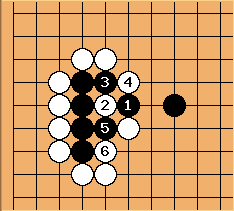 You can learn a lot from tesuji even if you don't get to play those exact tesuji :)

unkx80: You want problems? You have problems!

Velobici: Problems, I got. More go problems, I appreciate ;) 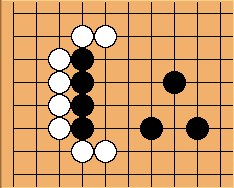 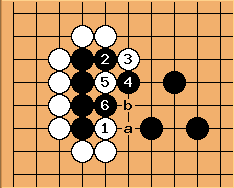 is tesuji. if black tries to escape at

at b). if white plays 1 at 2 black can escape at 1 and whites cut at a would be atari after black plays b 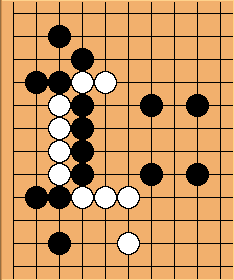 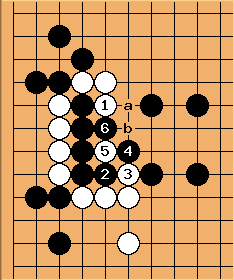 tries to escape, and

at b). note white has to attack from above. otherwise cutting stone (which would be at a is atari after black b and black can escape.

so 1 really is tesuji here, every other play lets black escape killing the 4 whites on the side and leaving the rest crumbled