On the PJQ scale how does this position rate. 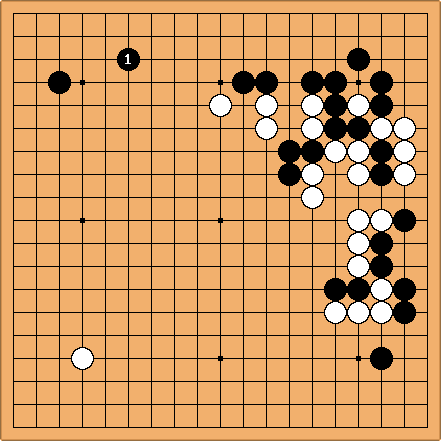 How does Black stand? What should be his plan? 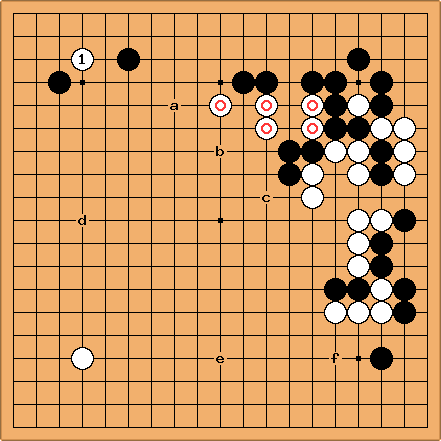 How does White stand? What should his plan be? Since the group including the circled stones had three options a,b,c, I felt that it was not necessary to defend it yet. In the game I played 1 but my feeling is that it is a bit premature. Other serious options I see are d,e, f. 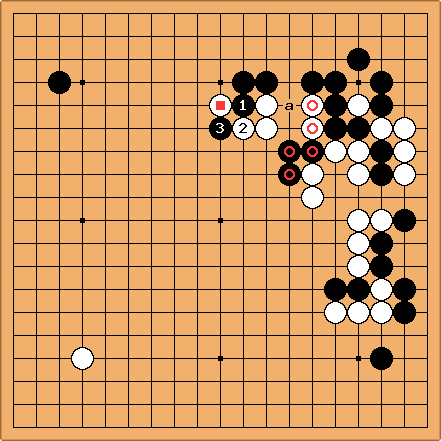 unkx80: This may be tangential to your question, but my very first reaction is, why not cut? Because white is so tight in liberties, a subsequent move at a captures the

stones in a crane's nest. Depending on the circumstances, Black may choose to sacrifice the three

stones and opt to capture the lone White 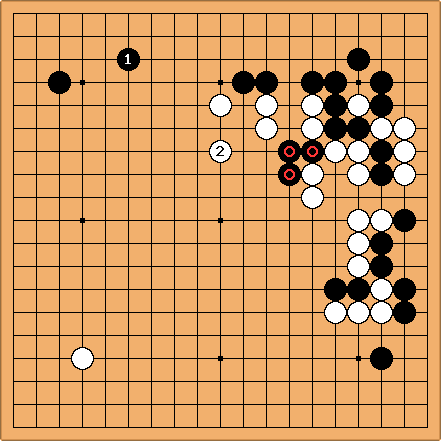 will defend the cut. Now White is very thick on the right side, so effectively the

stones get completely controlled, and white has a lot of potential in the center. At the same time, Black is low on the right side. I might score this position -5. 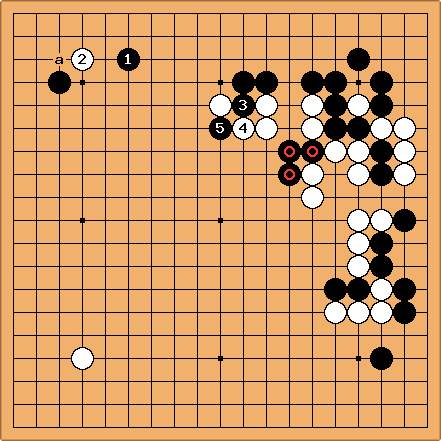 here seems premature to me. Black may decide to play a shobute with

. It is very difficult to evaluate this position as it is, but if black can get sente to return to the corner at a, then I think the position would be at least playable for black. 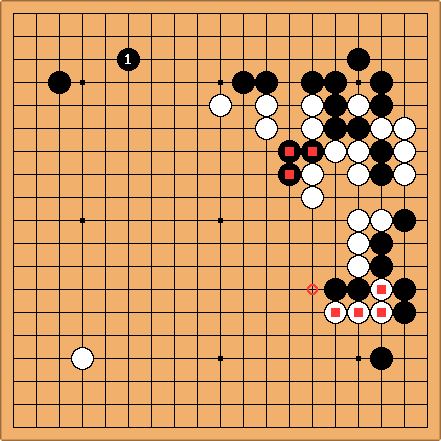 Karl Knechtel: Isn't the circled point awfully big? With it, White solves local tactical problems and prepares to attack the corner; Black splits off the

stones, and limits the middle group.