A good metaphor for leaning: To take a step with your right foot, put your weight on your left foot first. 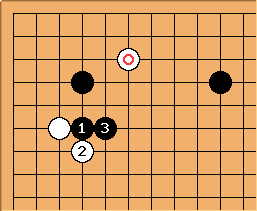 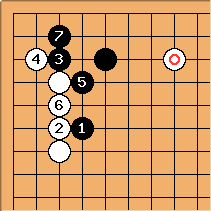 White has played a pincer against the lone black stone. Black leans against the white group in the corner, solidifying his position. Now he is aiming at

An example from a real game, Sakata (Black) vs.Kitani (White): 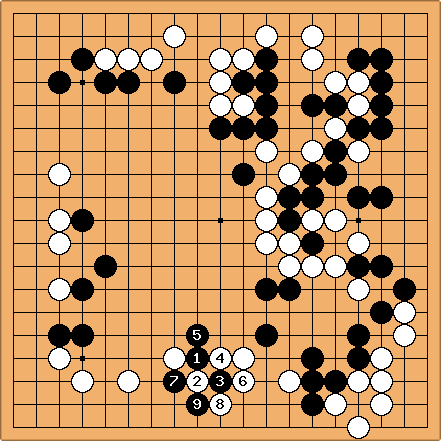 threaten to slice up the bottom side. 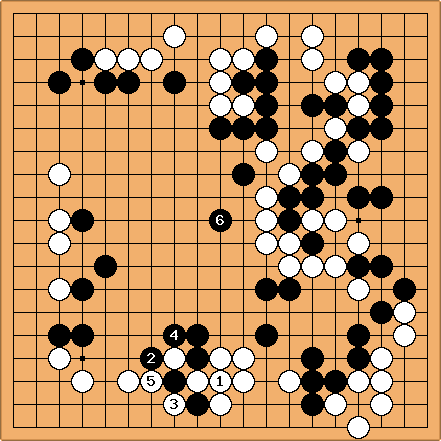 attacks White's central group, driving it towards Black's new strength. White will have a difficult time of it. (In fact, White resigned without making a second eye.) 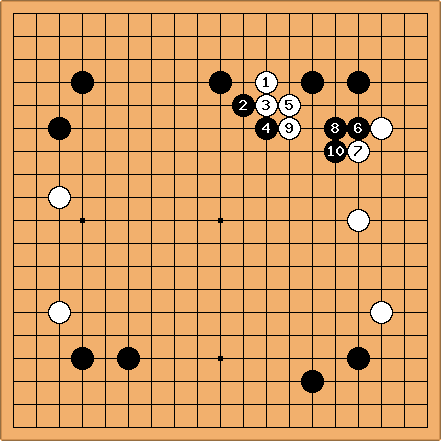 is the key move here, leaning on White to prepare the attack on White's other group.

BobMcGuigan: A beautiful example of a leaning move is

in the second diagram in Favorite Moment 1, a game between Takemiya and O Rissei.

See also: Make a Feint to the East while Attacking in the West