This is an exhibition game between Gu Li and Lee Sedol.

An English commentary can be found on

GoGameGuru as well as an accompanying, non-commented game record.

If you love sacrifice, you will adore this game. Lee Sedol, playing White, gave up an immense group, which seemed to be the key group of the game, to take large territory at the other side of the fences. Any amateur would shiver at the thought of sacrificing a group of that size and resign when losing it. Lee Sedol however shows us just how large the board actually is. 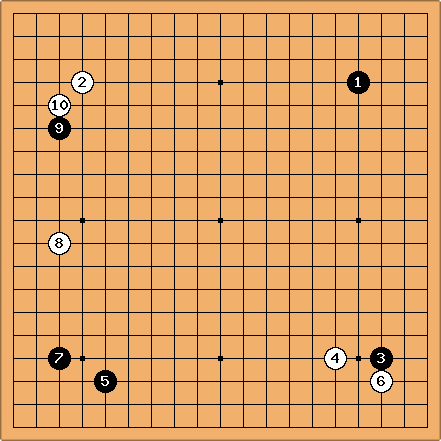 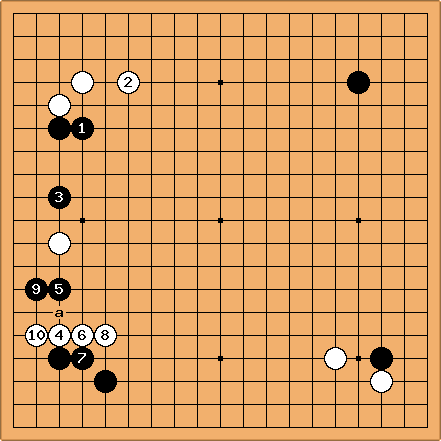 is a move we see often in pro games nowadays. Conventional play is to make a two space extension at a.

follows another principle, leaning against a strong stone to reinforce one's own group. 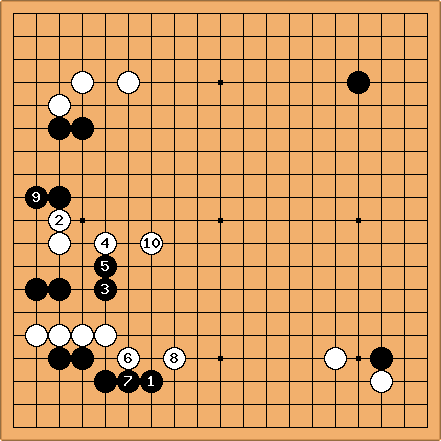 Both Black and White are very busy making a base, escaping or closing in. 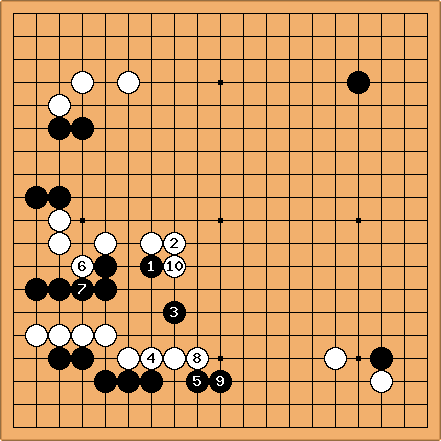 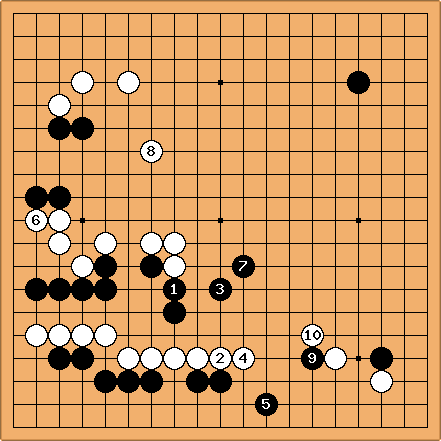 prevents a connection through a monkey jump.

goes for a large capture of White's heavy group. 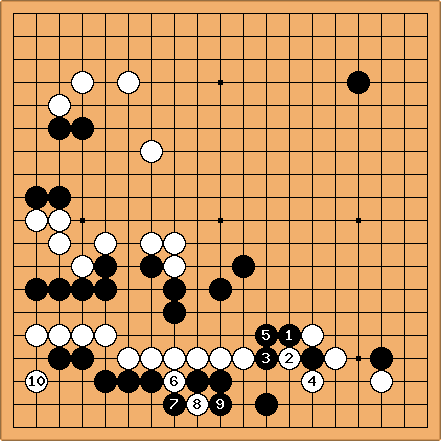 The heavy group is treated lightly! Lee prefers the ponnuki and sacrifices the group. 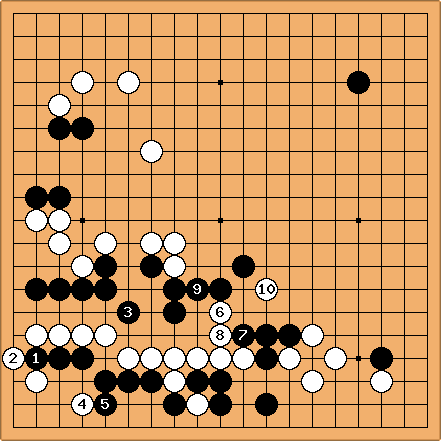 Still he struggles to make the capture difficult and time consuming. 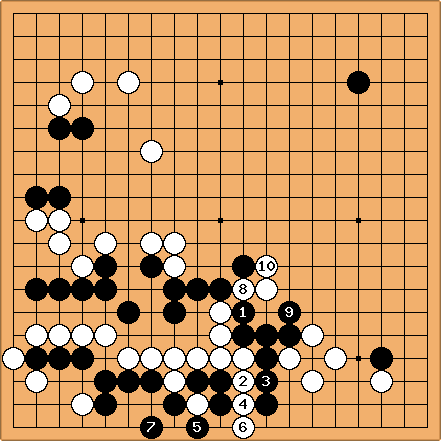 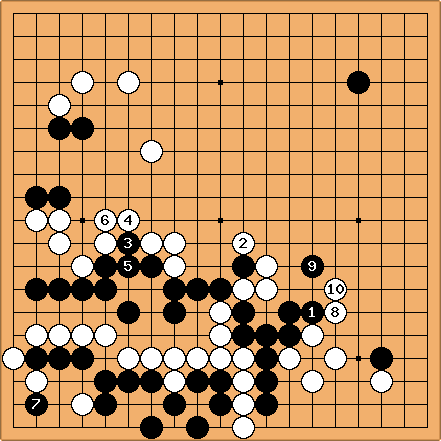 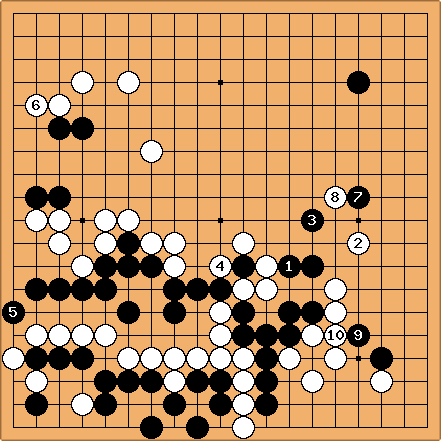 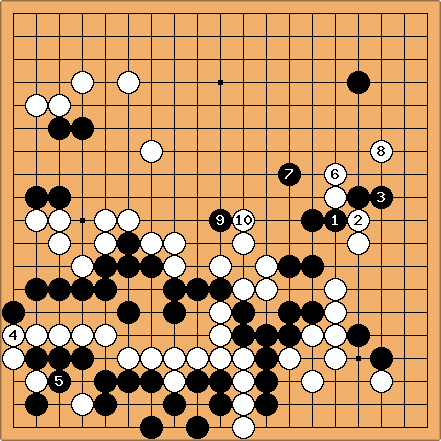 Thanks to the pressure on Black's eyeless group, White amasses territory on the right. 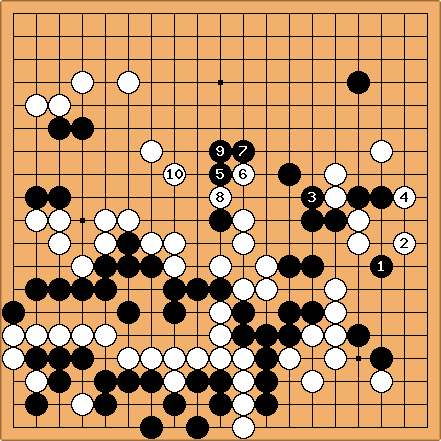 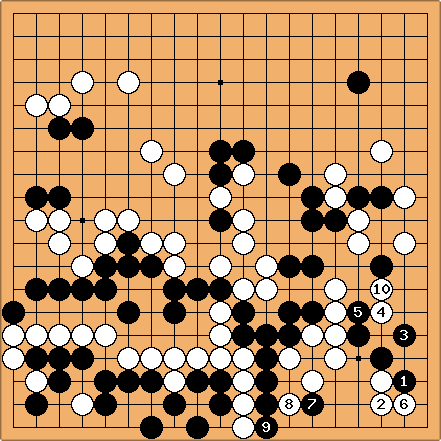 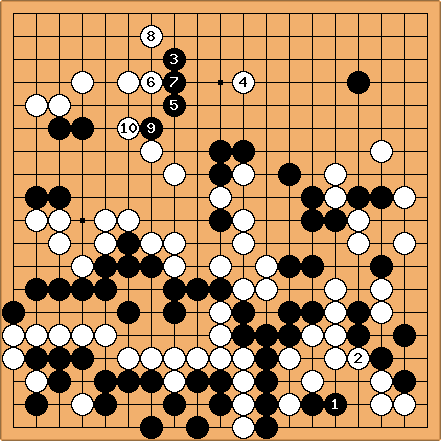 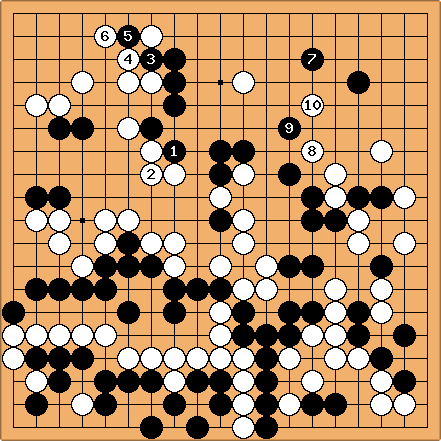 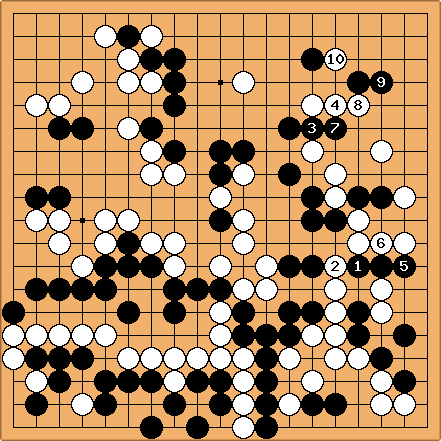 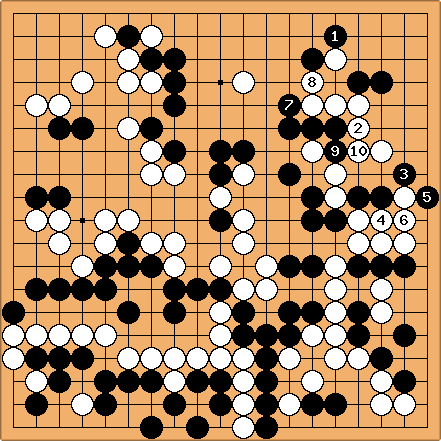 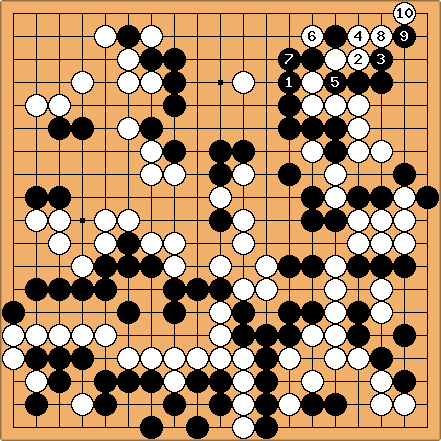 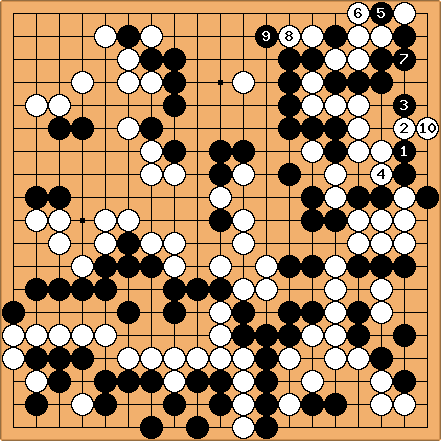 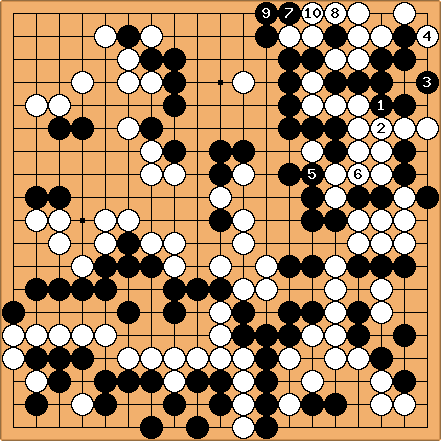 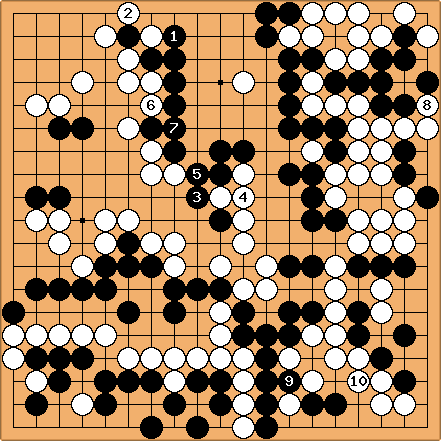 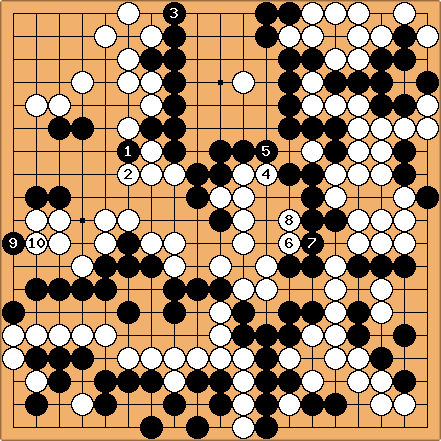 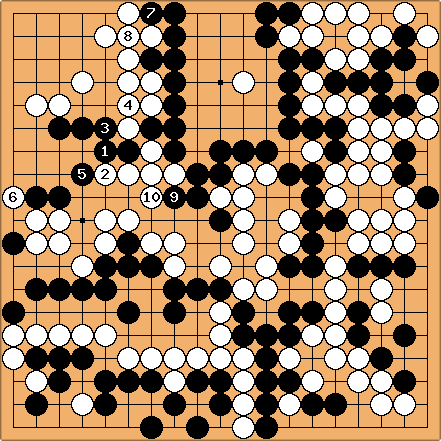 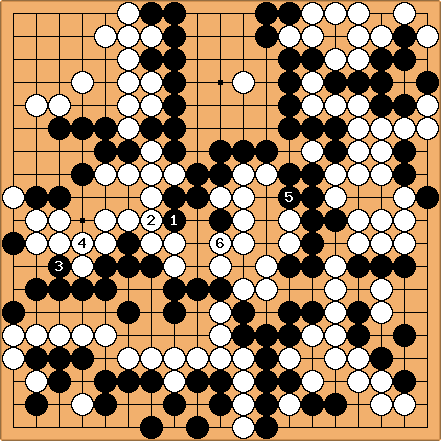