Please note the material at BQM566 and ReducingAnEnclosureFrameworkByCapping

This reduction is mostly played if Black has already built a framework from his corner enclosure. 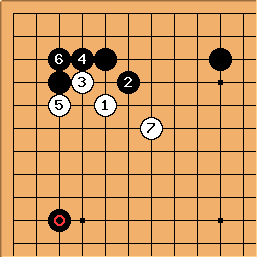 One possible continuation is this: Black builds territory at the top, White reduces further by playing forcing moves, leaning against the black corner, then jumps lightly with

Andy: stronger players please comment, but one component of the idea that white is light here is that white can sacrifice

as needed to build a wall with which to attack

Other possible responses to 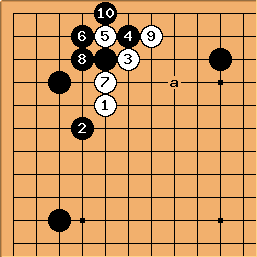 White plays lightly at a. This is just one variation out of many. 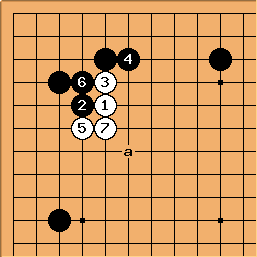 White might play lightly at a. Locally Black gets a lot of territory but White gets strength facing the center so whether this is advantageous for Black depends on the whole board position. 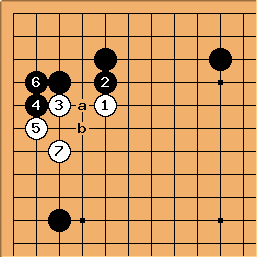 White intends to respond to Black a with White b.

Finally, depending on the overall position, Black can play tenuki after White's initial reduction move.

In all cases of this reduction move it is important for White not to become heavy, as doing so would make it easy for Black to attack.

There are many possible variations following all of these responses by Black. Which response is chosen depends heavily on the whole board position.

Do a search on the position to organize the material. 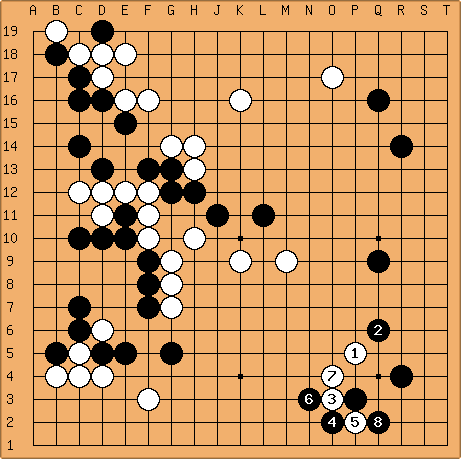 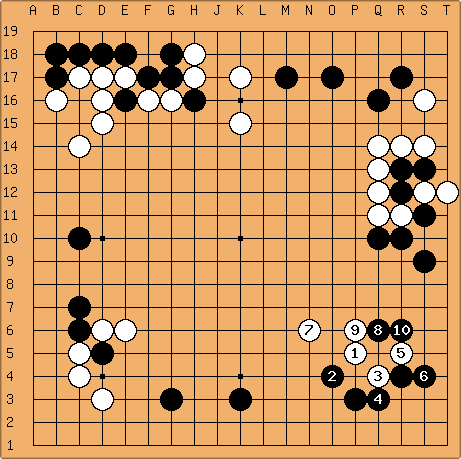 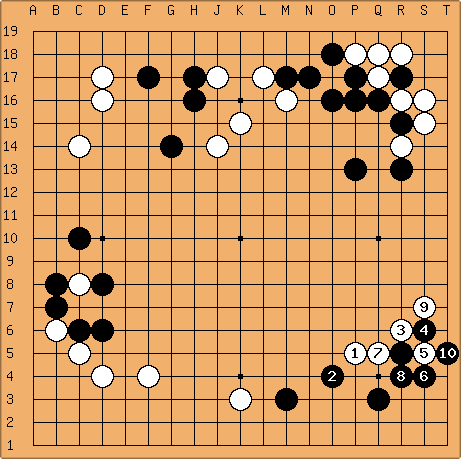 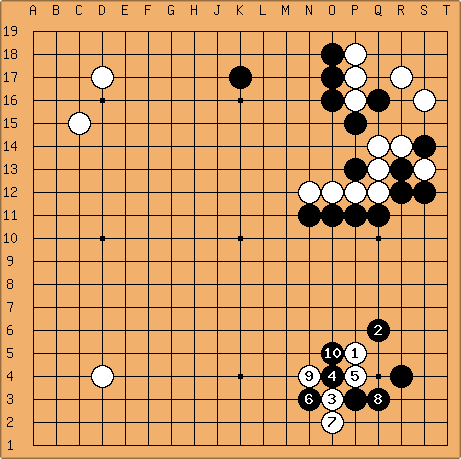