Attack From A Distance

The principle to attack from a distance gives more direction to the general question how to attack. In particular it warns against

In general, if the attacking stones are close, a counter-attack becomes more effective.

In contrast, the capping play [2] and the keima (see attacking with keima) keep some distance to the object of the attack. Those are basic attacking techniques. 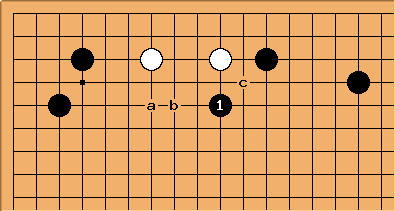 This capping play is a typical attacking technique: it gives White no leverage against

. White's routes to the center have been reduced complicated and her eye space is narrow at the top. Incidentally, the capping play is where the basic defensive move of the one-point jump would come. 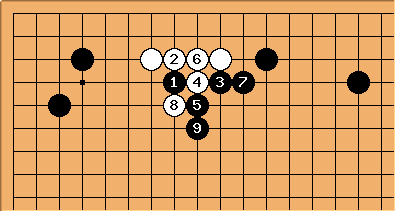 don't attack White. They rather carry out a leaning maneuver to gain strength at the expense of easy living for White. 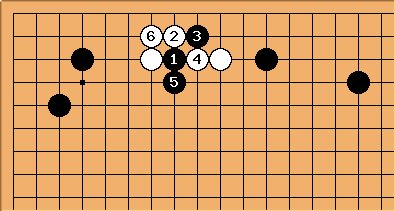 does not really attack the White stones either. Up to

, White has increased her potential of making two eyes at the bottom, while

are floating into the centre. Similar results come from other vatiations. 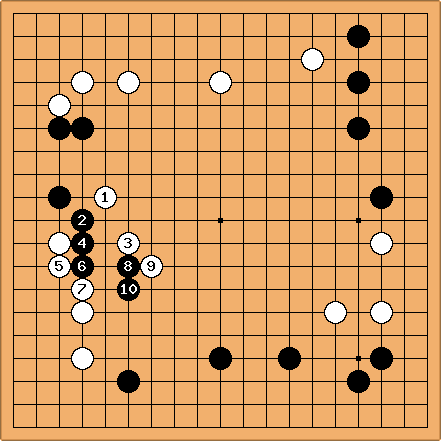 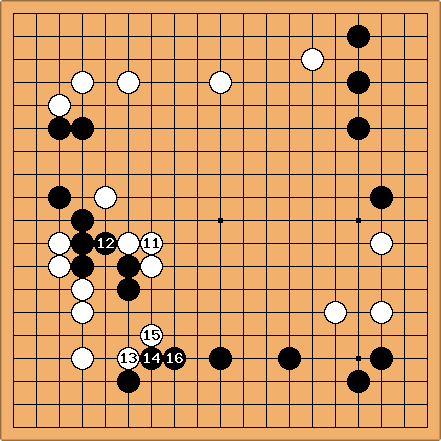 Here we can see that the capping play is indeed an attacking move.