Disposable stones or junk stones are stones that are strategically inessential, because they have no role in separating the opponent's weak groups. Stones played as kikashi having done some work already, often turn out to be disposable. The opposite of junk stones are important stones. The distinction is often made between junk stones and pivotal stones, cutting stones which play an important role in a contest between groups.

A proverb counsels us do not run away with junk stones. 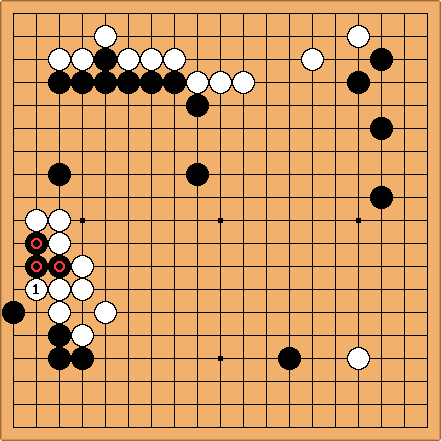 captures 3 stones. These are however disposable stones. White's group is already strong. 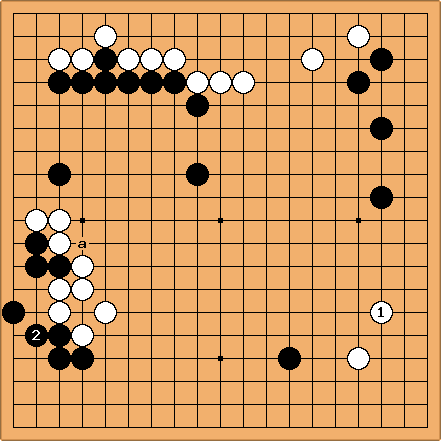 To prove that Black's stones are indeed junk stones, suppose

indirectly saves the 3 stones. Is there now a cut at a? Has Black saved his stones in sente? 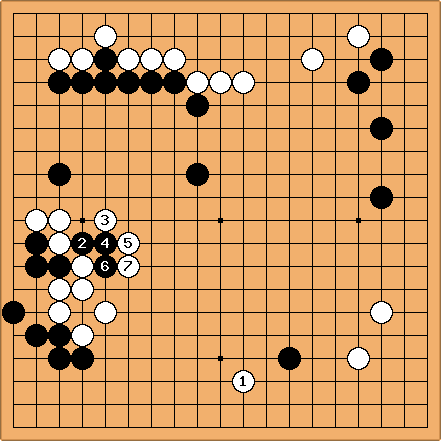 It may not be easy to see but

itself is an example of a pivotal stone, which is valuable to save or capture because its livelihood has a big impact on the balance of power and territory.