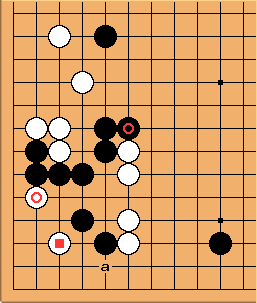 The question is whether Black can or cannot kill the 3-3 point invasion. There is a connection threatened at a, and there is an auxiliary stone at 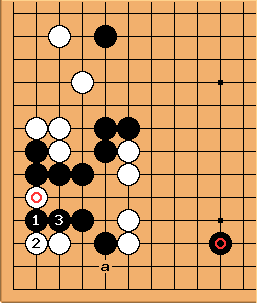 Black 1 attaches more importance to the marked stone than to the white group of four stones. In this stage of the game, this is a mistake.

The white group is subject to attack, and influences the status of the marked black stone. Already White can cross underneath at a, sacrifice her marked stone and create a stable group.

After the 2-3 exchange, this is even more true. 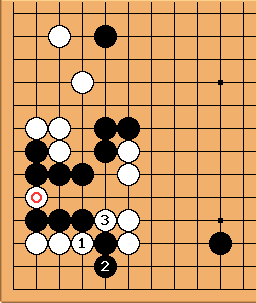 White 1 is thus a mistake, for after Black 2, White is connected only because she is ahead in liberties. This position contains aji. 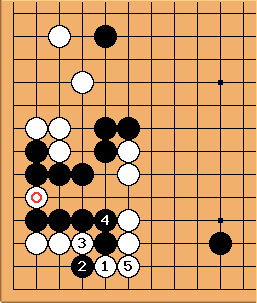 Compare to this diagram. White is now connected through capture too, but with much less aji.

How Black should have played: 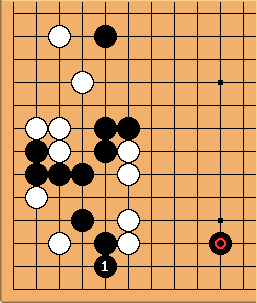 Black 1 cuts the two white groups apart. Doing so, it also reduces the eye potential of both groups at the bottom. On top of that, it provides support for the marked black stone.

How Black should have played: 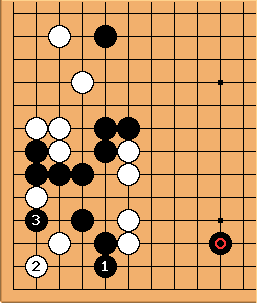 Now that connection is not available anymore, White has a much harder time living in the corner. She has to resort to vital points such as 2. Black can then reduce the eyespace with 3 (that this cuts off a white stone is merely a detail) and White is far from alive. 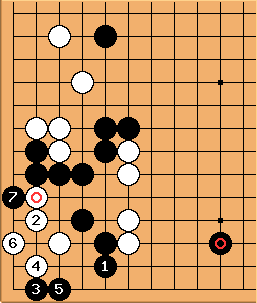 If White connects to her stone with 2, Black kills with a monkey jump at 3 and a hane at 7.

The "disaster" in the corner was a consequence of your misjudging the importance of the stones involved. The important stones (stones with a lot of functionality) were the stone at 3-3 (claiming your corner) and the white group. You should have cut them. The unimportant stone was the auxiliary stone at

, whose functionality was much reduced due to its position against a strong black wall.

I think another misjudgement was in the idea that the 3-3 stone should be killed. Although it is probably possible to kill it, the one thing you should keep in mind is that you do not have to kill it.

After you have played Black 1 as Dieter proposes, suppose that White does live in the corner. Then, with the addition of 1, and the fact that White has played tenuki on your last move (the marked black stone), you have a very interesting attack going on against the four white stones. Now, they also may well not be killed (although even that is not out of the question yet), but while they are struggling for life, you get stones to strengthen both the center and your stone on the lower side. The extra points you get from your moyo in the center more than compensate for the points you might have lost in the corner.

This is a problem that many players have: They have made some territory somewhere, and then keep defending it. One should play more flexibly: no matter how much you have already invested in a certain territory, you should be willing to give all of it away if doing so allows you to get something more valuable elsewhere.

By the way, do also notice that your original connecting move is not worthless either - because White cannot capture your stone any more, her left side group is weakened. It cannot use the capture of your stone to make eyes any more.