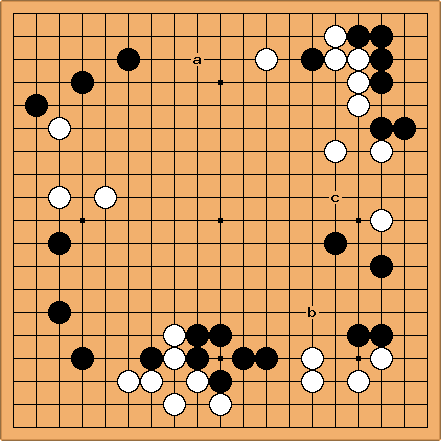 Where would you play now as White? Answer: c was the move I played in the game, but it was too slow. a is the focal point, but a club member suggested to keep Black separated with b. 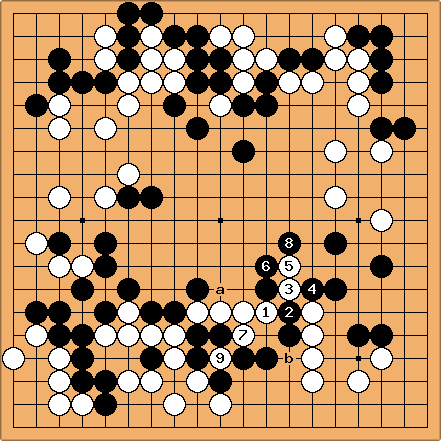 work? Answer: this exchange is probably best for both? If 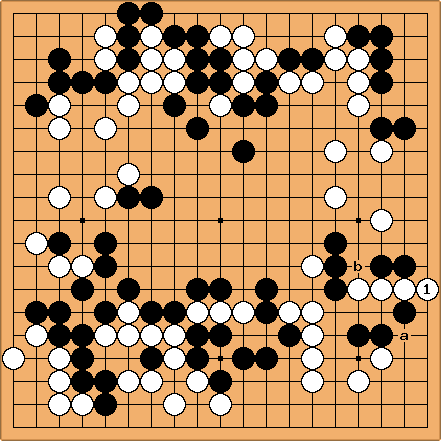 White has a tesuji on the right side. Answer: 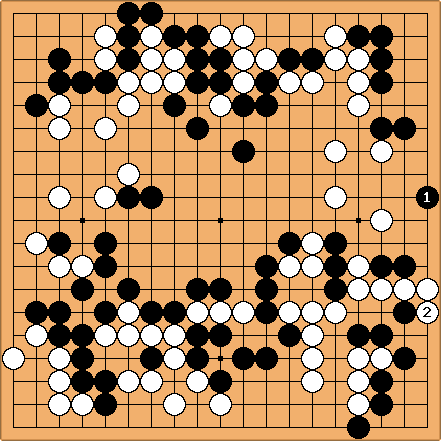 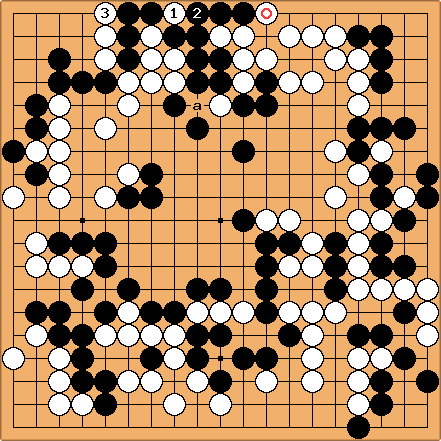 White's final come-back. The sneaky preparation is at

and Black cannot connect at

due to damezumari at a.