This descent tesuji is a simple but easy-to-overlook way to gain a liberty, in corner capturing races: 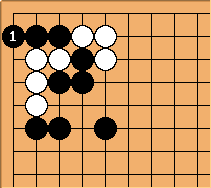 It looks as if Black has lost this race, with three liberties against four. But

will create a shortage of liberties for White, who will have to spend an extra approach move: 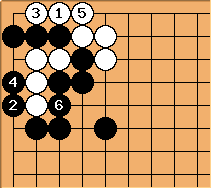 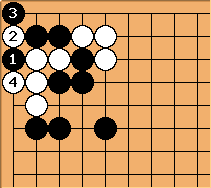 is a mistake. White can force a ko with the throw-in at

followed by an atari at 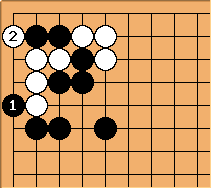 Reducing White's liberties any other way leads to failure, as

The descent tesuji in the end game

The descent tesuji also has its uses in the endgame.

is a smart way to defend against a White cut at a. After

a white play at 'b'' becomes an auto atari

For other descent tesuji see:

This move is sometimes called sagari in English, but according to John F. this term would not be used here in Japanese, the right term is orikiri.