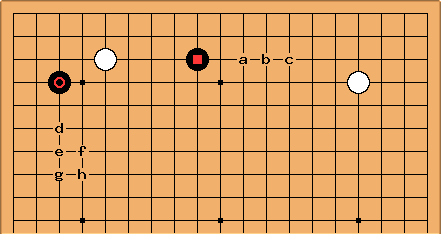 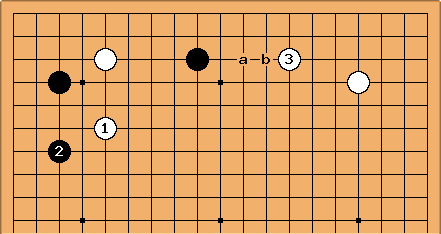 The usual idea for White is to play White 1 first, a light move. Then White 3 is one way, building up the corner while playing a three-space pincer on Black's stone.

Actually there also are plenty of pro game examples where White plays directly at 3. But this idea of playing White 1 and then a play like 3 is a fundamental pattern, constantly seen against the high two-space and three-space pincers.

You can relate it back to framework theory - White wants to expand the top right corner to a framework based on the 4-4 point. That works better if the black pincer stone turns into a weak group on the edge of the framework. The reason to be reluctant to play White 1 first is that Black 2 takes territory.

The trouble with playing a closer pincer here (points a or b) for White would be that the relation with the corner is worse - if Black invaded at the 3-3 point the result wouldn't be as good.

When Black's pincer is high, it is commonly a high counter-pincer that is played. There are many variations of this kind, often leading to large-scale running fights. This area of joseki isn't so easily summarised.