In The Power of the Star-Point by Shukaku Takagawa I stumbled over following problem: 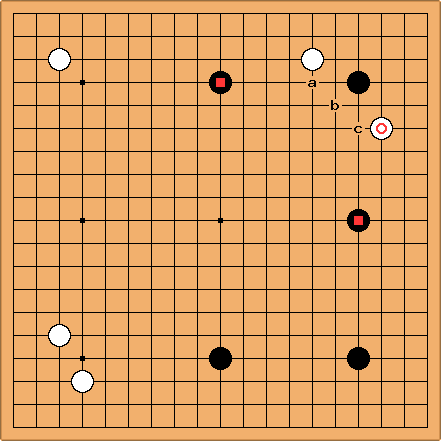 My top priority always was to move out to the center with one of the moves a-c. Where I usually attached to the stronger stone. But the correct solution surprised me. 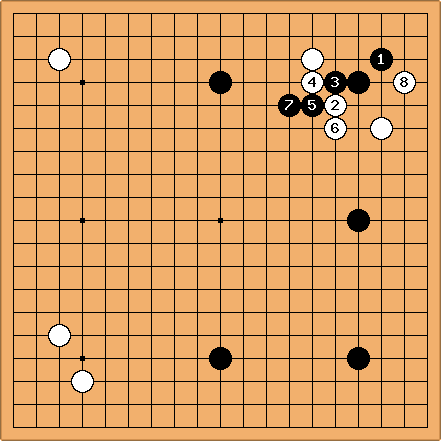 After this a complicated sequence will follow with the outcome that Black lives in the corner and White will have two split groups.

Until now I thought that

is a bad beginner move. So my question is, what do you think of this

? Is it probably a matter of style? Or is this position a special case which recommends the aggressiveness of Black 5?

Thanks for your help -- LordOfPi

Scartol: At a workshop at the US Go Congress several weeks ago, there was a Dan-level workshop that I somehow ended up in. During that workshop, this scenario came up, and the instructor (whose name escapes me at the moment) said that if Black has the two pincer stones (I've marked them in the original diagram), then it's advisable to seal the corner and split White's groups.

Dieter: The Belgian representative at last year's Korean seminar reported that this defense at 3-3 in this position (double extension, double approach) was highly recommended and typical of the Korean strength with emphasis on fighting and accurate reading.

Charles Matthews If the corner doesn't die, and if both outside white groups are weak, then the position must be good for Black. One weak group between two of the opponent's weak groups is a typical position of advantage. So much so that pros probably have a particular reason to play into this situation as White.

There are no games exactly matching this position in the GoGoD CD but here are the two cases where the descent into the corner has been used in this corner position. --DaveSigaty 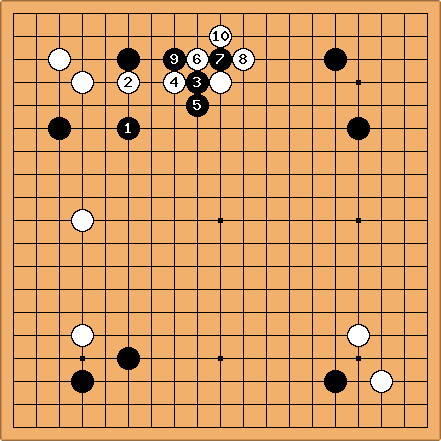 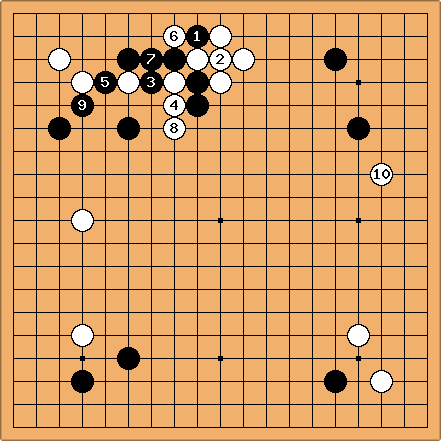 The situation in the upper left has stabilized for the moment. Final game result was Black's win by resignation. 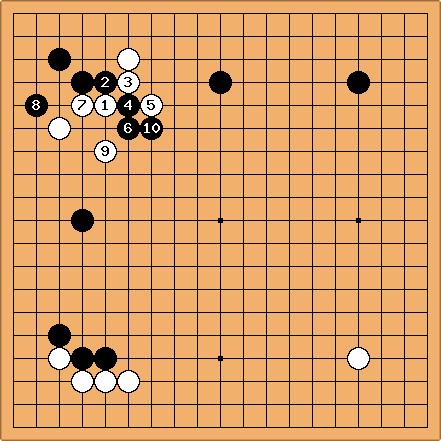 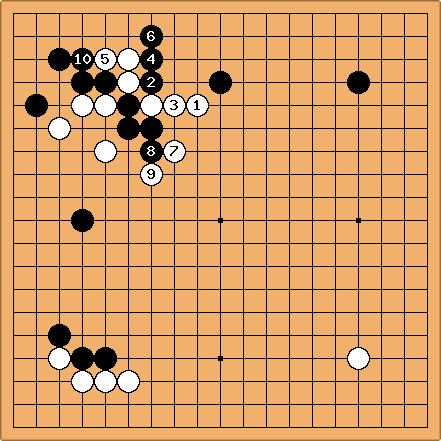 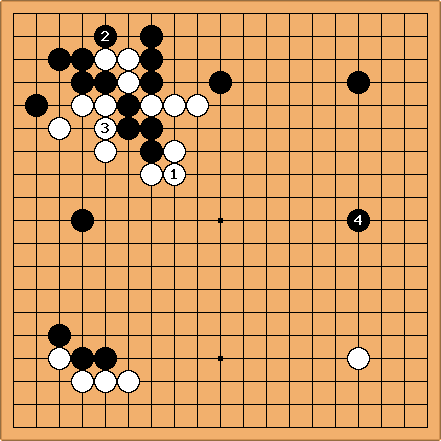 Here too things have reached a temporary conclusion in the upper left.

I hope it's OK for me to tack on a related question that came to mind while reading this one. Is the drop back and split technique viable in this situation? I have been getting this double approach almost automatically from a certain opponent these days and I need a more effective method in dealing with it. --BlueWyvern 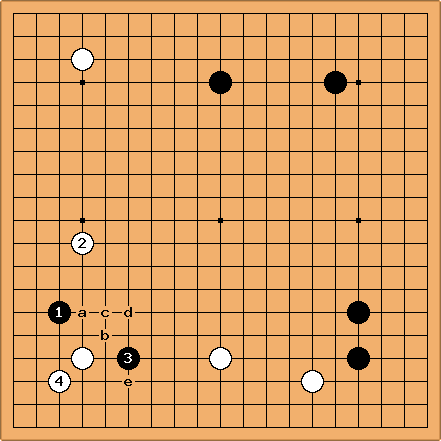 does not look like a good move to me. It makes it too easy for black to connect

, or at least walk out with both without either being extremely weak. The best approach would be to try and split black. White a looks logical, the idea being to attach against

to be able to attack

with more force - don't be too strict in that; it is also likely that exactly the opposite result happens, with

being attacked or captured. Another good move for white, and preferred by weaker players because it is simpler, is white b. White keeps open the option to attack either stone, strengthening neither.

Please note that where above,

was a good answer, here this is much less the case. The reason is that if black plays at c or d after

, white will have to do much more work to cut black than when 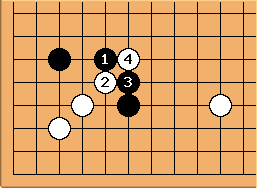 White seems to be able to cut even against the second high kakari. Bouth black groups seem weak, so why isn't that good for white? (Are other results even better?) Maybe black can sacrifice like in the next diagramm.The marked black sone might have some aji, so white has not completed his 5-line Territory jet, But I am not too confident in blacks position. Klaus 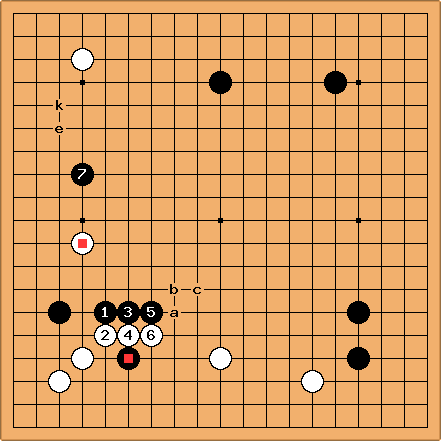 kb: Seems like the squared Black stone hasn't been sacrificed very effectively. White is making fifth line territory with little aji available for Black, and there is still the opportunity for a hane, even a double hane at Wa, Bb, Wc, since the White stone is hard to capture on a large scale.

It also seems that White can play the large corner enclosure here at e, threatening to pull out her stone, and making large dividends in the corner at the same time. A Black kakari at k would be absolutely huge in this position.

If I were White I would first play the hane, expecting a response at b, and then play the large enclosure at e. If Black cuts the hane White can be content with fourth line territory and focus on reducing Black's moyo. 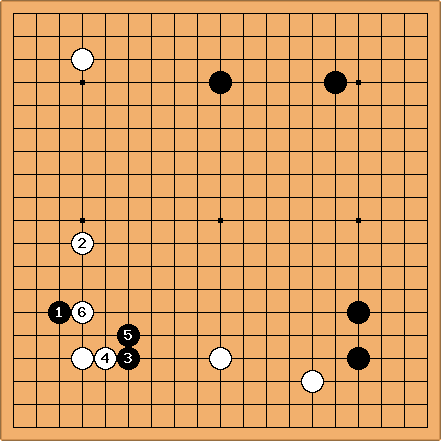