You know you want to! Please read the Rules and then add yourself to one of the teams. It's great fun. Do you have questions or remarks? Post them at the discussion page.

Now that this game is done, does anyone of the dans want to review it? --- 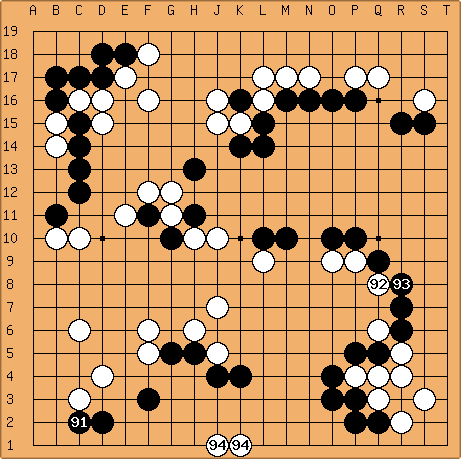 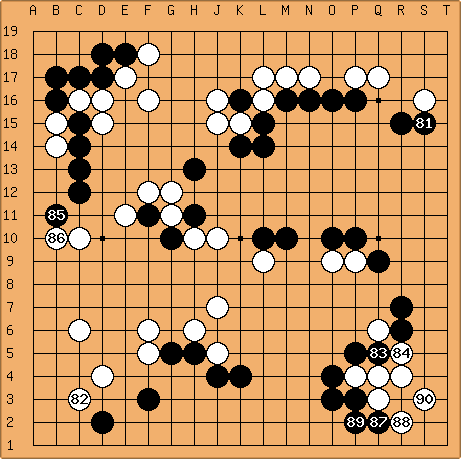 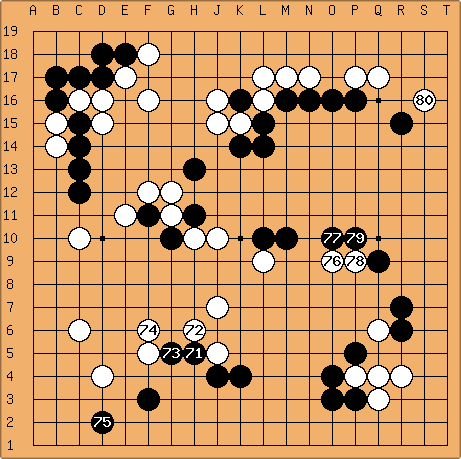 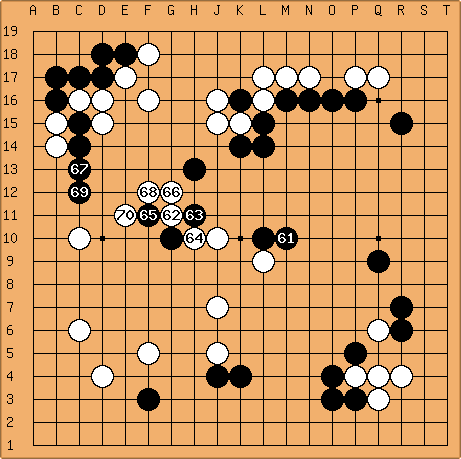 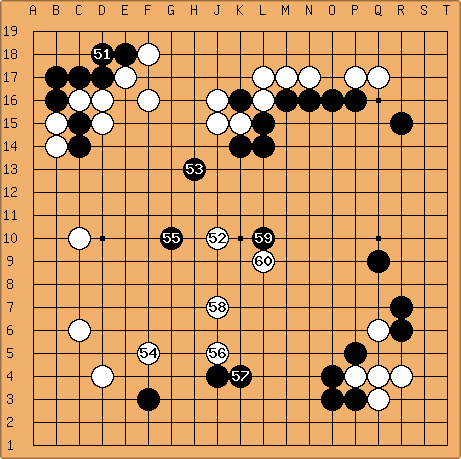 Uberdude: I will be on holiday 2nd - 11th October. 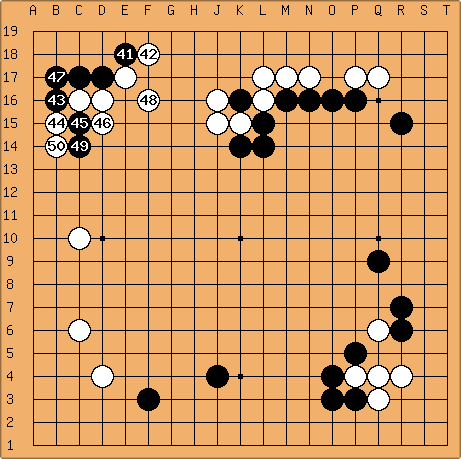 Uberdude: I (and some other players too perhaps) am going to the EGC for 2 weeks tomorrow so may not be around to play. If I don't appear someone else feel free to take over as captain.

Abydos1: Should we put the game on hold for now then? How many people are actually going? jvloenen said he won't be here for a couple weeks either. 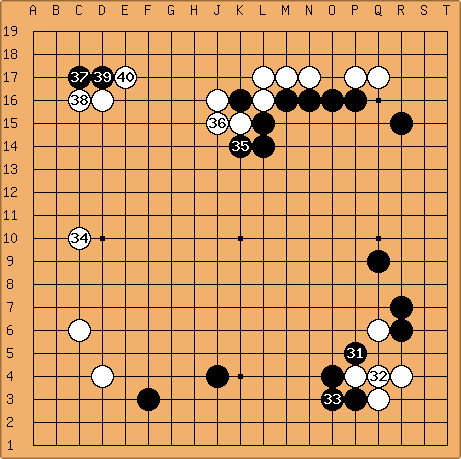 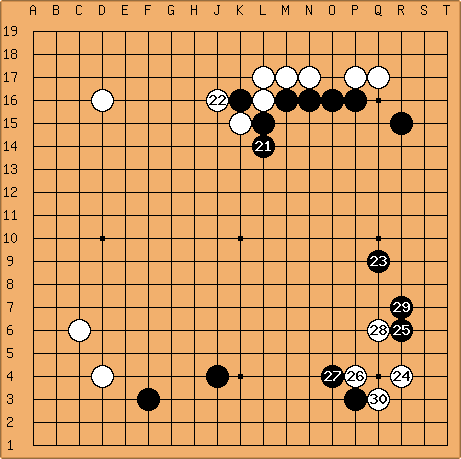 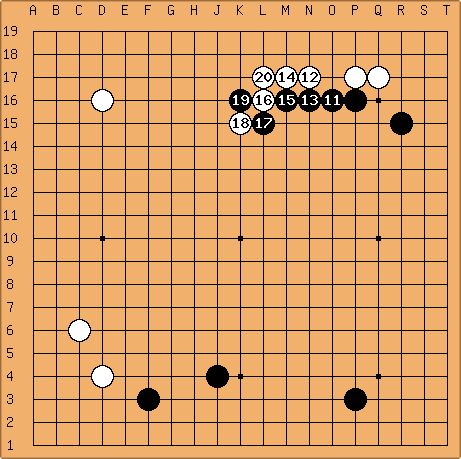 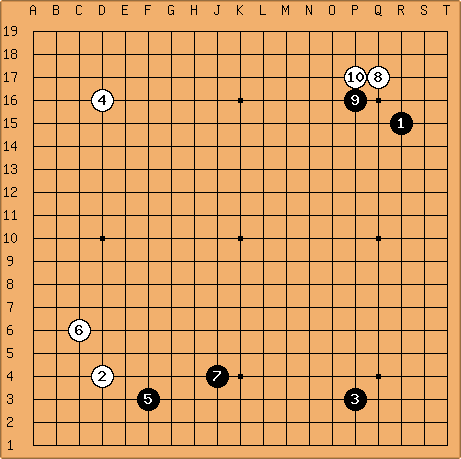 Andy: Maybe it's not too early for some analysis...? 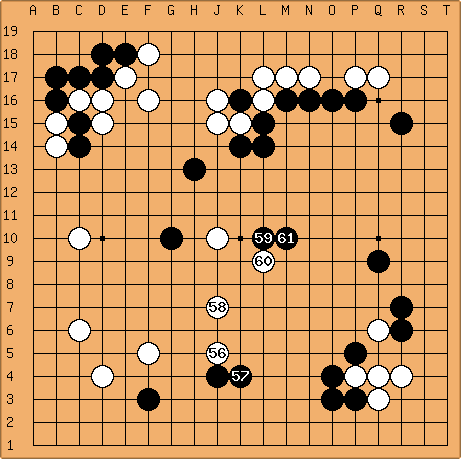 have been bothering me since they were played, but I've struggled to articulate why. They seem to make a kind of sense: white is looking for some sabaki, so black plays solidly to deny white these possibilities.

However, now I come across this problem below in Nagahara's Strategic Concepts of Go... 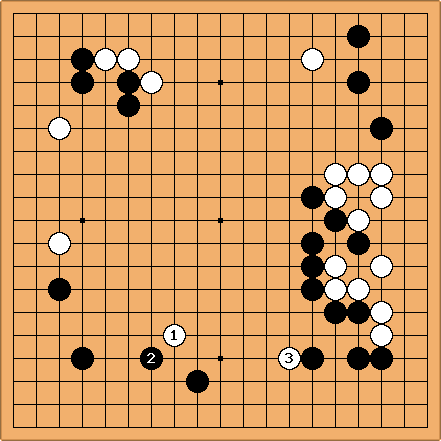 SCoG: Black to play
In response to

. Next, White tries to make sabaki by attaching at

. How can Black utilize his thick wall to prevent White from carrying out his plans? 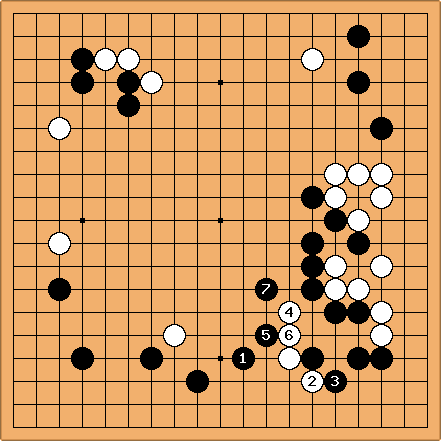 SCoG: Correct
The correct answer is for Black to play the keima of

. This is the vital point for both players. Now there is no way for White to make sabaki or to escape. The sequence to 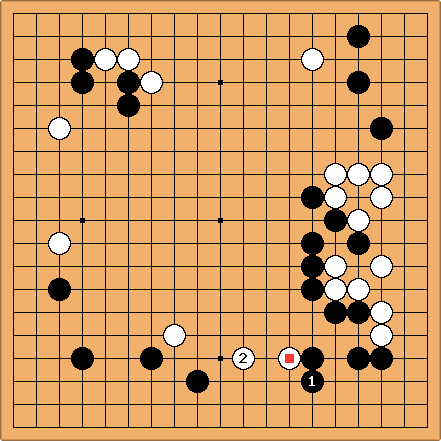 SCoG: Incorrect
If Black descends with

. Black will not be able to capture these White stones and so Black's wall is rendered useless. The lesson that should be learned from this example is that when one is strong in one part of the board, he should not become embroiled in a fight because his opponent will easily be able to make sabaki. In Correct, Black hit White's vital point of sabaki before he could execute his kikashi. Black, however, was able to do this because of his stable formation in this part of the board which rendered White's subsequent kikashi useless.

Andy: So now I think I can articulate my misgivings over

. By playing solidly this way within his sphere of influence, both

become kikashi and Black has been forced. I don't have any better moves to suggest for Black, but I feel better now being able to describe explicitly what only felt vaguely problematic before.

Any other comments or suggestions?