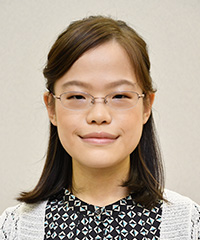 On 14 November 2021, she beat Kobayashi Satoru in Section A of the Gosei preliminaries. Fairbairn clarified: "(She's the) 12th woman to make it to (the) Big 7 (qualification) finals, (it's the) 17th time it's been done since 1979. Four times in Reiwa already."

"She is Michael Redmond's niece, incidentally, and despite her Chinese heritage she was born in Japan. She's 22 ... on 12 May ... She's been a pro since 2015. Despite not quite hitting the headlines she has had a couple of runner-up places in major women's events."

Eiko is the daughter of professional Niu Lili (former amanuensis to Go Seigen) and her husband, four-time Chinese Xiangqi National Champion Zhao Guorong. Lili is the sister of Niu Xianxian (also professional), who is Redmond's wife.