If you like to join, you are very welcome! Please read the Rules and the Discussion, and then enter your name in one of the teams.

The game has ended. /Review. 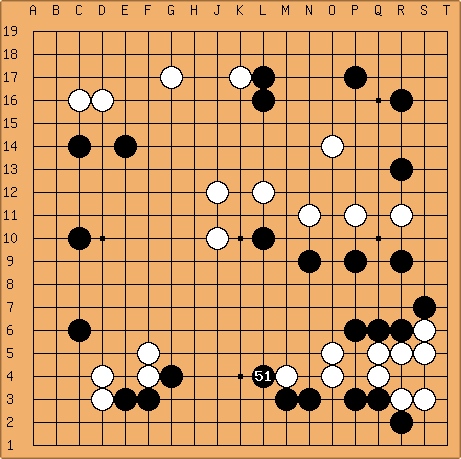 kb: Resign. Any more moves, because of the slow rate of choosing moves (I am also at fault here), is just pedantic. I think a great deal of learning can come from a review *now* and not later, when those involved have moved on.

Anonymous: I think some commentary on R13 is in order. In retrospect it looks like a very good move, but was it? 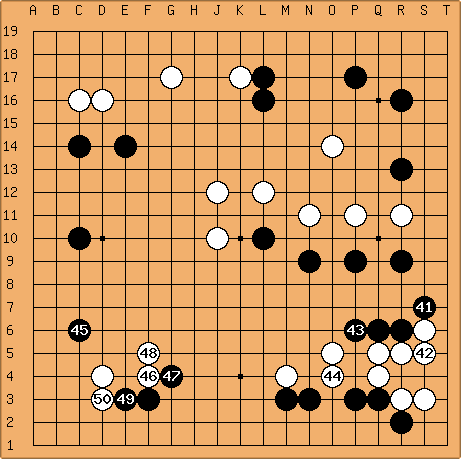 unkx80: The last big move, in the opening sense.

kb: Move out, attach against the stronger side 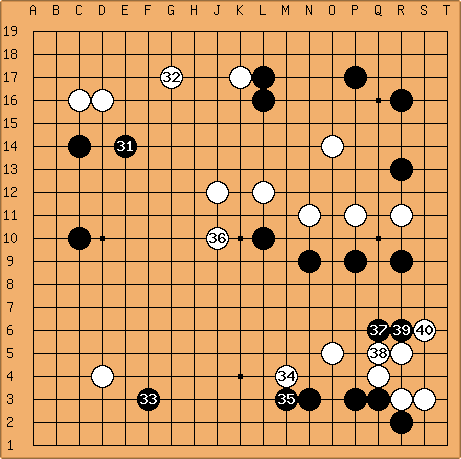 Herman: Strengthen left side while leaning.

unkx80: Play at the biggest area.

kb: This must the the correct direction of play. Can White take advantage? This is a tough situation for any player, let alone amateurs ;)

unkx80: It's time to settle the group.

ThorAvaTahr: Defend against the peep.

ThorAvaTahr: Hane at the bottom of two? 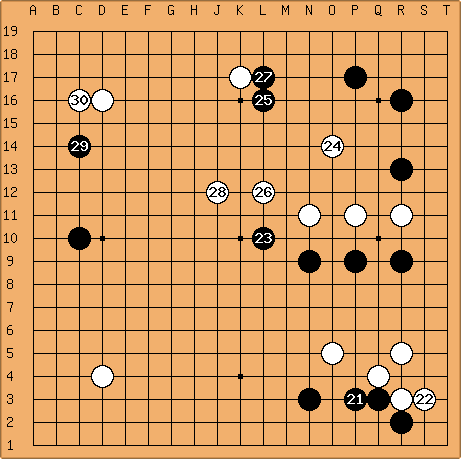 unkx80: Continuation of the standard sequence.

kb: Only move again. Good shape inside your opponent's influence is necessary.

unkx80: Get ahead in the running fight.

unkx80: White ignored the shoulder hit, so we turn that White stone into an armpit hit.

ThorAvaTahr: Get to the other side first :P (ok getting our head out )

has done its job, it's time to approach the upper-left corner from the left side. 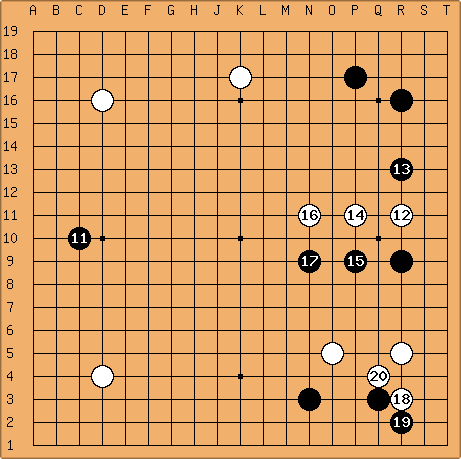 unkx80: Prevent White from forming sanrensei on the left side.

kb: Invade Black's enclosure on the right - over-extended by one space.

from making a base.

, the White stones are thin and need to be settled. 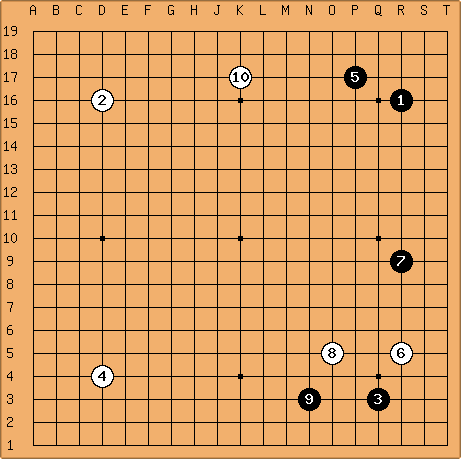 Herman: If both the strongest and the weakest team member suggest this move, it cannot possibly be bad! :-)

unkx80: Two votes received for this move, and that's my preference too. =)

kb: Star point got the most votes.

unkx80: Since Herman is away, I think I'll be making moves for quite a while... until he comes back or some other captain joins the team.