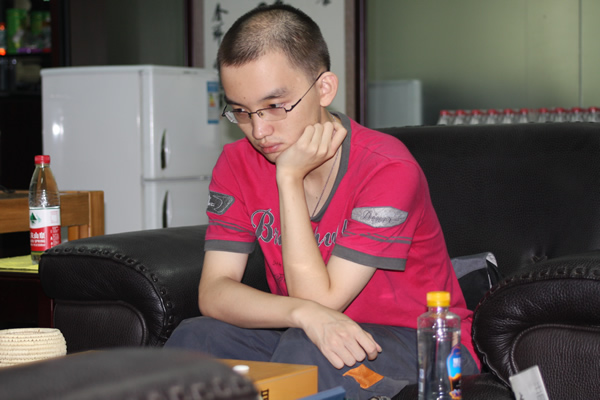 http://goigoweiqibaduk.blogspot.com/search/label/Asia%20TV shows his name as 李哲. His real name is 李喆, but some computer font packages don't include 喆, so it was replaced with 哲 which has the same pronunciation.

http://goigoweiqibaduk.blogspot.com/search/label/Asia%20TV) and in 2008 Samsung Cup (lost in round 2). TOM_COM Site gives both chinese characters

John F. I think the correct version of his name is the other way round. It's a rare character, not in all fonts, and so the common form (with the same meaning) is often used. Alternatively it is sometimes written as two separate characters (ji and ji). Likewise with the names of Korean pros who use this character.

Gillis : One interesting thing to note is that Li Zhe is one of those rare professionals that study in university while being a professional player. Right now hes studying Philosophy. My source is from a friend in China that in turn is a friend of Li Zhe.

李哲學哲學 seems a little too cute. Are you sure you understood what your friend was saying?