This page documents Chinese and Japanese conventions and proposals for placing more than 9 handicap stones. Bear in mind that many people who need such handicaps might prefer or do better to play small board Go such as 9x9 and 13x13.

I (Hu) think this might be the Chinese pattern. 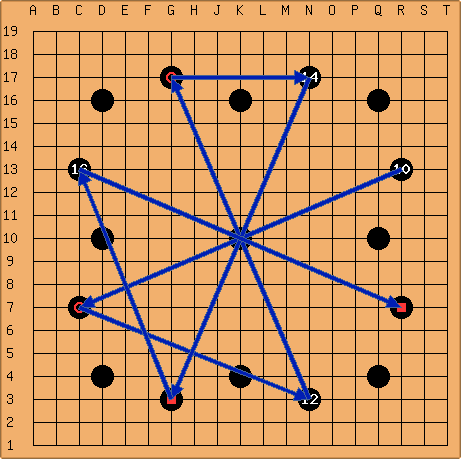 Handicap stones 10 through 17 are at

PlatinumDragon: In my personal opinion, having the stones on the fourth line is stronger than the third line. I have changed my opinion after looking at the influence. I have heard that 17 stones is enough for equal players to not let a single live group. Is there anyone who can explain it to me?

Patrick Traill: See the Kill-all Game for a little background.

logan?: Right, live in all four corners, then follow a shinogi strategy in the center. 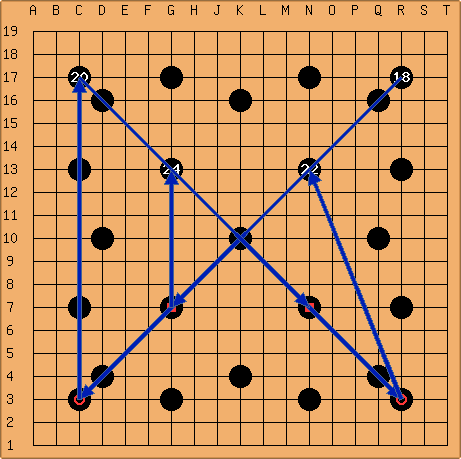 Handicaps 18 through 25 are at 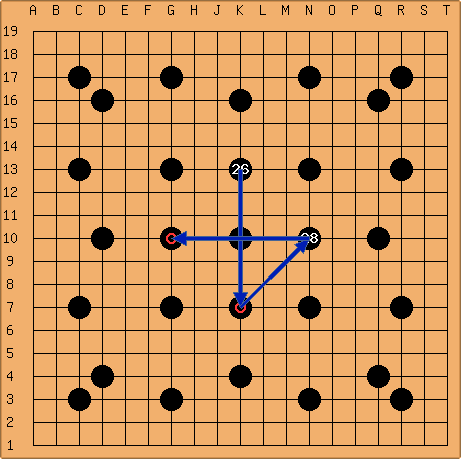 Handicaps 26 through 29 are at

Japanese Handicap: Up to 21

Robert Jasiek's page shows the official Japanese rules for placement of up to 17 handicap stones. They agree in large part with the following diagram, except that they dont specify the four 10-3 points ( 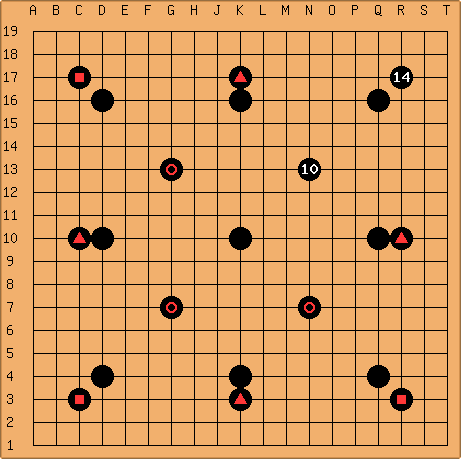 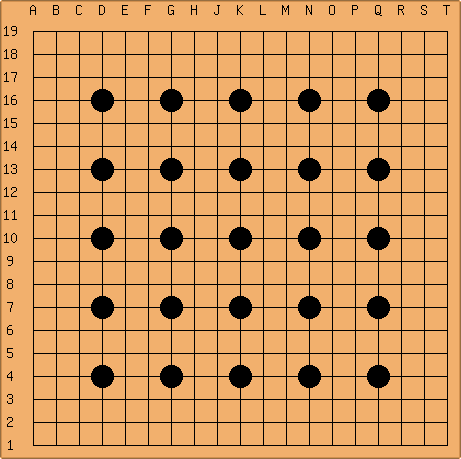 This arrangement was used when Akari fought Hikaru in Hikaru no Go, volume 6. Hikaru said Use as many stones as you want to her before the match and still trounced her  he was, after all, an insei at the time. 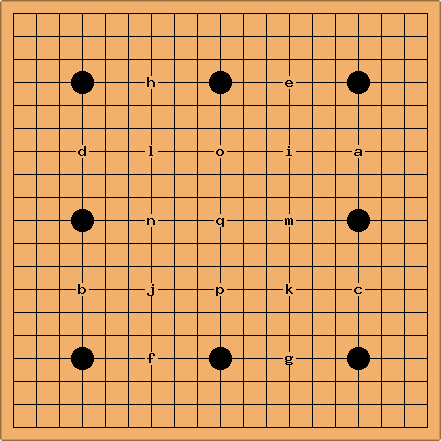 Patrick Traill: Surely they do not always go in sequence  does tengen not pop in and out (starting with the 9 stone handicap!)? Or is the sequence in which Akari places them?

Patrick Traill: Is this notable, and who is Gene Fellner anyway? I find

 are a bit surprising. 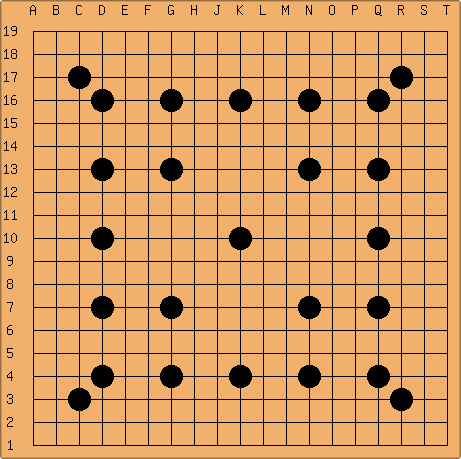 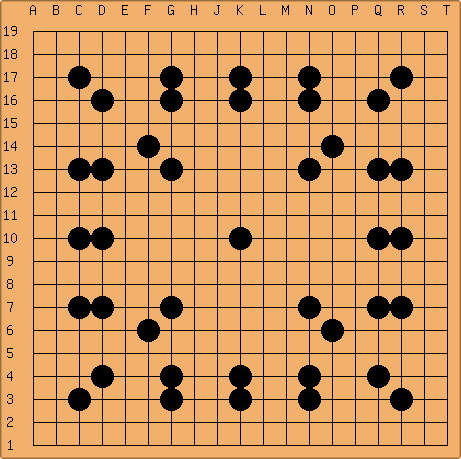 juste: Does this mean that a 30k can beat a 9d most of the time?

OneWeirdDude: As long as Black makes an effort to attack White, I don't see why not.

AxSqrd: But how would white make eyes when black so obviously has everything blocked out?

Roland Illig: The same as usual: try to separate the black stones, surround them and finally capture them to make eyes. If Black can defend appropriately, giving that many handicap stones wasn't correct, and Black can no longer be called a 30k.

Patrick Traill: An alternative interpretation is that a handicap stone is not worth 13 points to a 30k. Anyway handicapping such differences is presumably anything but an exact science; quite likely the 30k is a few stones stronger at the end, unless they are very young.

Tapir notes the following arrangement of up to 21 stones 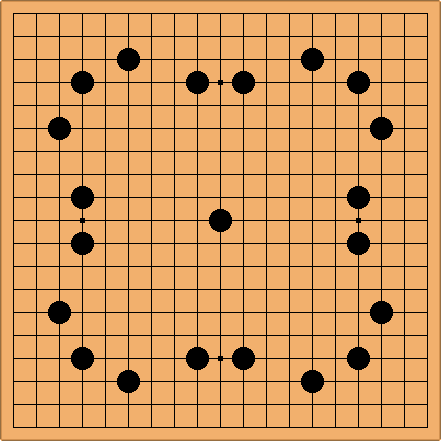 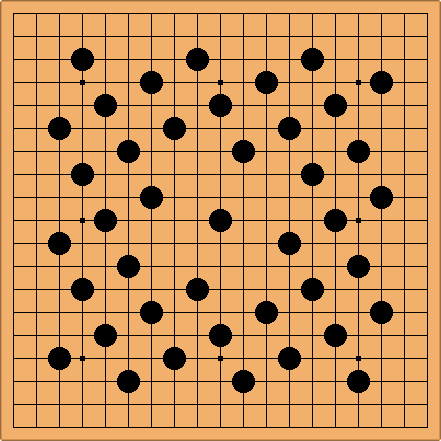 Bill: I kind of like this pattern for a 41 stone handicap. :)