Venlo, rusty after having been 5 kyu back in 1996  must try to get back to that and further! Also present in

I have some awareness of and interest in CGT.

Checking what is converted to hex in page source:

Evidently it would not be a good idea to use Greek letters for diagram numbers beyond 9 or 10.

Perhaps I want to weigh in at formal definitions of eye, but for now I shall make a few notes here:

Having reflected on the matter I came up with a definition; when I checked Benson's Definition of Unconditional Life I found mine was essentially the same, though of course my terminology was different. I was also thinking in terms of arbitrary graphs; while Benson only speaks of square grids (Pm x Pn) his work also appears general.

It seems fair to point out that, although I think Robert Jasiek says differently in formal definitions of eye, Benson's Definition is static, in the sense of not relying on analysing sequences of moves, with backtracking to cover the game tree. That is indeed the purpose of Benson's Theorem, to optimise the determination of pass-alive stones. He proves that his static analysis gives the same result, in Theorems 1 (...) & 2: Let X ⊆ B(x) be the set of all safe x-blocks. Then X is unconditionally alive. 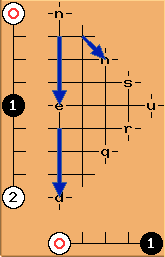 Scratchpad / Sandbox / Try out / Suck it and see

It seems EGC2009.nl does not support HTTPS: 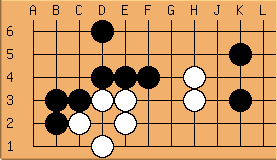