The term global joseki expands the meaning of the term joseki, which traditionally refers to local set patterns of play that are generally considered to be roughly equitable, to the entire board. Such standard openings frequently appear in professional games and change over time as understanding increases.

The concept of whole board thinking is not exclusive to contemporary Go. At least Dosaku is known to apply whole board thinking. Also the idea of a standard opening is not new, if we think of Shusaku's 1-3-5. However, as Jiang and Rui point out in The World's New Joseki (Sekai no Shinjoseki), modern joseki research, particularly in Korea and China, emphasizes the whole board, both in the choice of corner joseki and in follow-up play. Thus we see the development of what may be called whole board joseki or global joseki. A Dictionary of Modern Fuseki The Korean Style is one book that provides examples of whole board sequences. 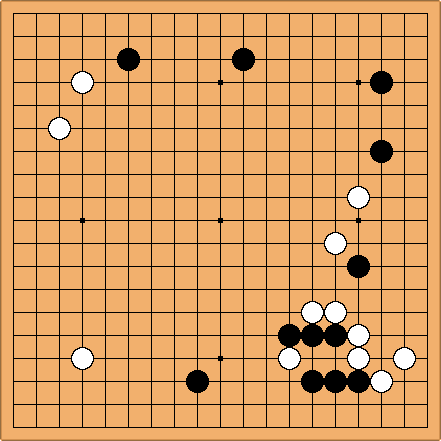 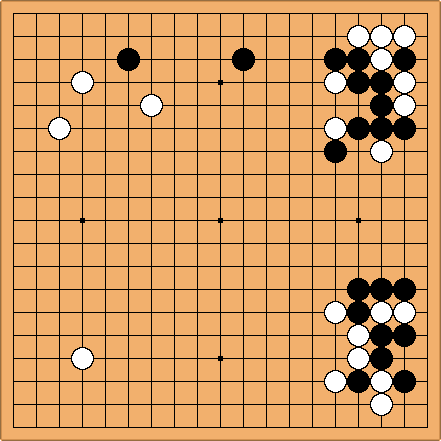