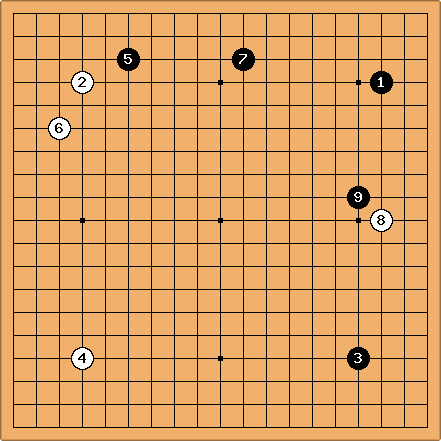 velther: this is the basic set up with the mini chinese shoulder hit. white

is a common move to counter the mini chinese, especially when the bottom right black 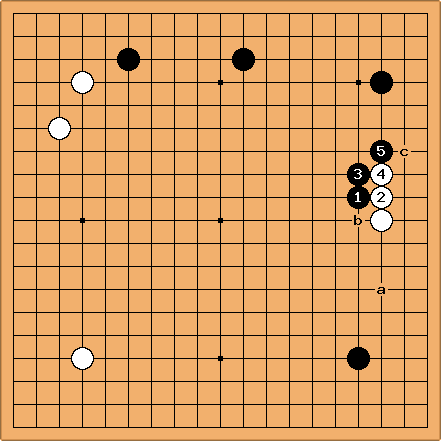 is 1 of 2 options, the other being to extend rather than hane, but if the hane is made, then 3 possibilities can happen. A is the most common, with 32 games and B is the 2nd most common with 14 games. 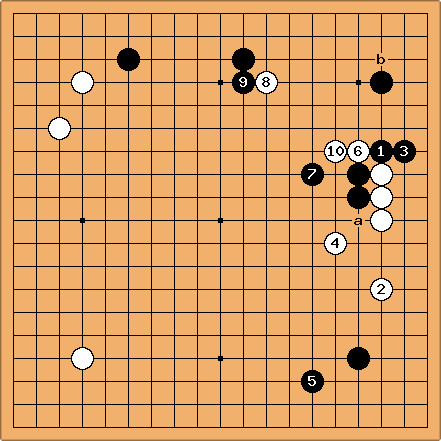 here is a continuation. white

is the most common move, followed closely by A. white

are both common aji points to take advantage of against this mini chinese set-up. B is a consistent probe against the mini chinese that is played very frequently and at different times. 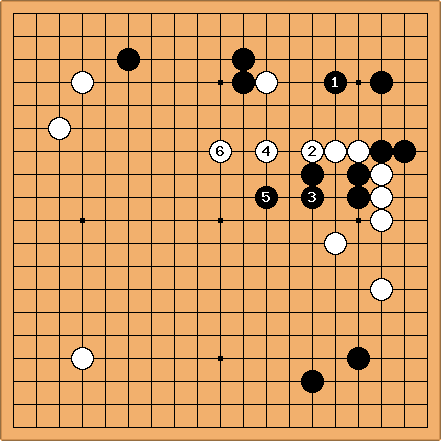 here is a continuation. black

is practically forced if black wants to keep the pressure against white and not give him an easy option to steal a corner. so black is now split off, but so is white, and center running/fighting begins. 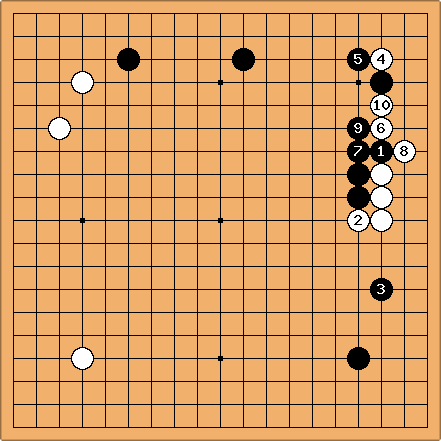 In option B, black takes a long keima with

, a critical and important timing move that if mistimed will ruin white's board (punish seq to be shown down below). black plays

precisely because of white

, and this allows W to enter into black's area. 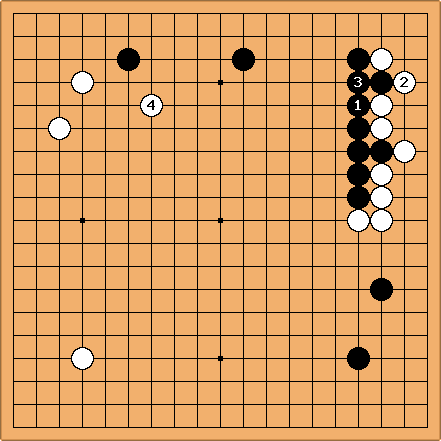 a meek continuation. black chooses to build solid influence, and white gets

which aims to attack and flatten. White cannot be considered bad here, and neither can black, however black usually favors a different approach: 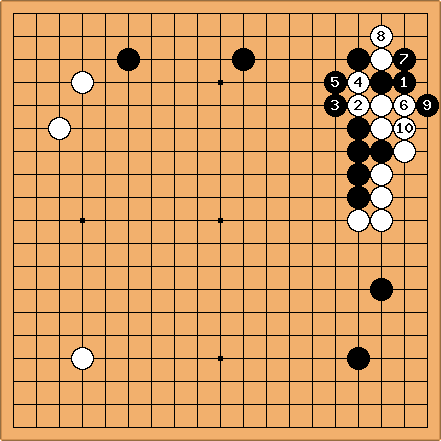 black prefers to play at

more often than block at 2 because his framework on the top side of the board will give him an easier time handling the invasion. 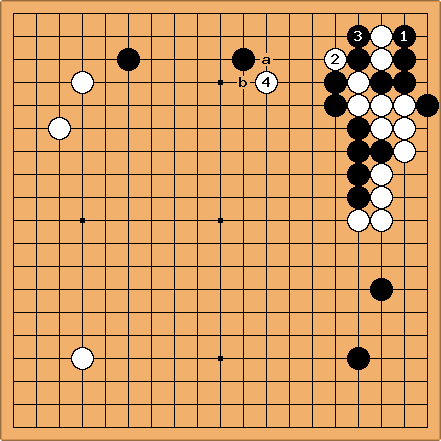 so here is the outcome, white obtains

, which combined will allow a successful invasion of black's mini chinese framework. the actual global joseki continues with A, while B is an uncommon continuation. 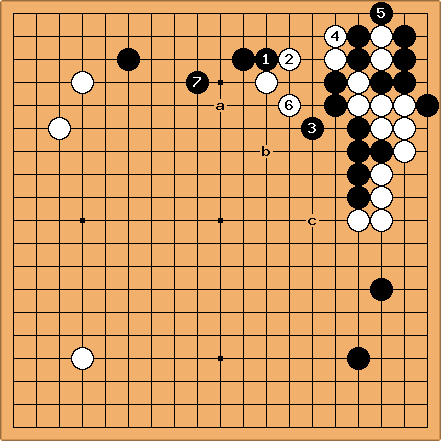 , white obtains some shape and cuts off black. black usually will opt to play

to prevent strengthening white , which if it happened would be costly towards black's now floating center group. White's most common continuation is at A, however B and C are possible. White 6 is also not the only move: 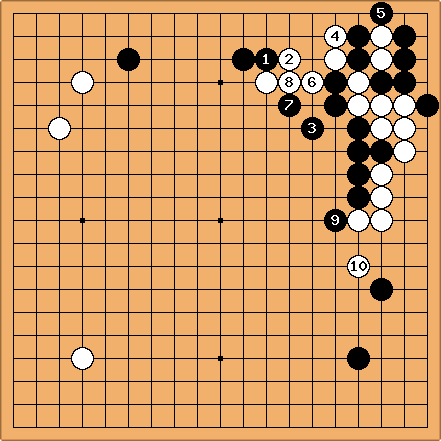 is possible, but not as frequent considering black's forcing move at

being a "center" forcing move, which will naturally strength his floating group and weaken W's invasion group.

option B mistiming of the corner probe 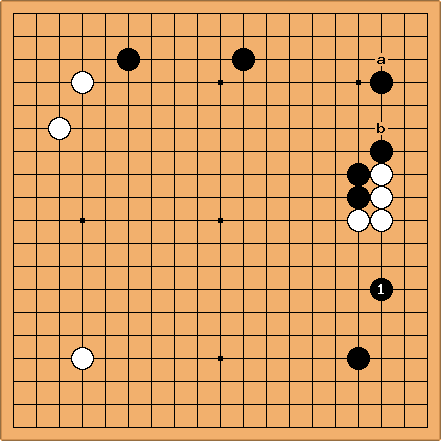 , B is a natural continuaton, however it fails without a corner probe to set up a favorable sequence. Should white not play the probe, this is the punish sequence: 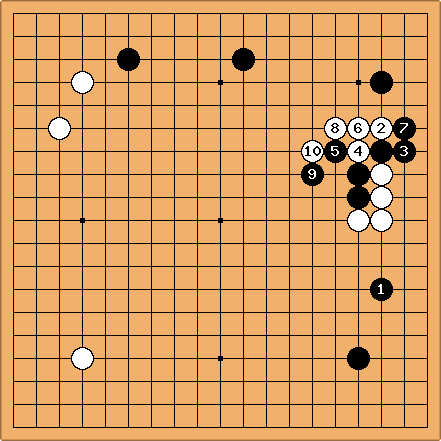 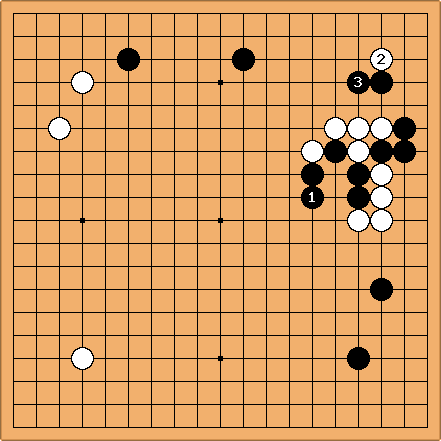 , white is in pieces. if he tries the

and white has completely failed. however what if the probe was properly timed?, this happens: 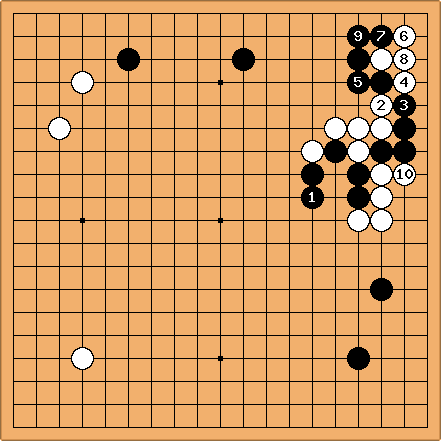 White can cut and obtain enough liberties in the corner to kill black's stones. if the probe is played at the correct time, black is forced to hane the probe or else allow it to take the corner or set up enough aji for an even greater invasion, so black is ONLY forced to hane the probe BEFORE white's clamp, and that critical timing is what forces black to defend rather than come down with

This page is a part of global joseki