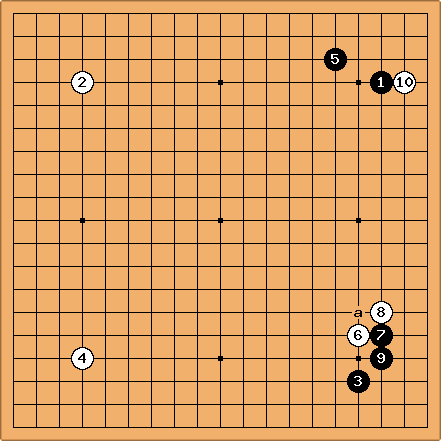 is commonly known as the 2-4 Probe Against A Low Corner Enclosure.

Here it is used in a specific whole board context.

might appear improperly timed considering that white hasn't finished the tsuke-hiki joseki in the bottom right, however

is almost never tenukied by black, and with good reason. black cutting at A leaves many options for white to use

for later, and getting a second move on the top right is far more important considering black has already spent 2 moves there. 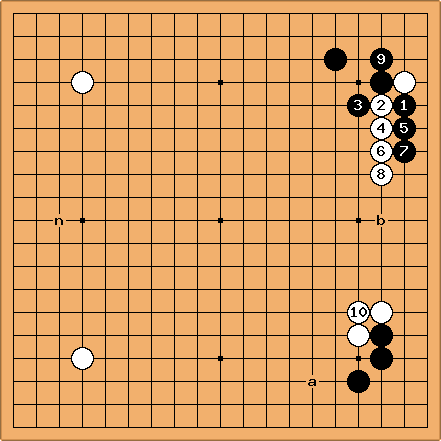 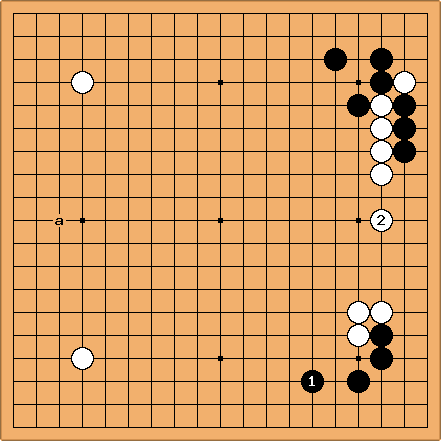 becomes a dual purpose move. Black has secured 2 corners in sente, White has obtained thickness and development on a side that had 2 black stones to begin with. Next Black may want to wedge the white moyo at a.

From 2006+, 23 games have had this fuseki, black won 11/23. The win/loss ratio confirms that the outcome is even, even though it spans an entire side.

This opening pattern is discussed in detail by gogameguru's professional commentator An Younggil in a game between Lee ChangHo and prodigy Shin Jin Seo. See the game commentary 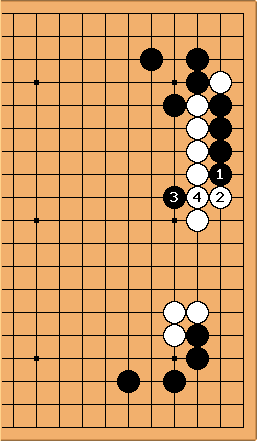 this is a common follow up for black, usually when the need arises to flatten white before he can even begin to develop. 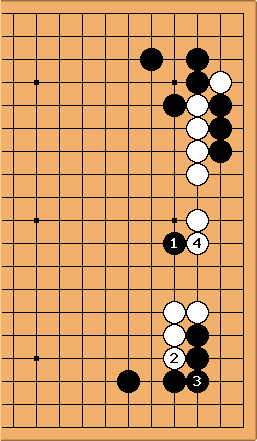 another option is for black to simply shoulder hit. White usually gets the forcing move at

, and then responds with 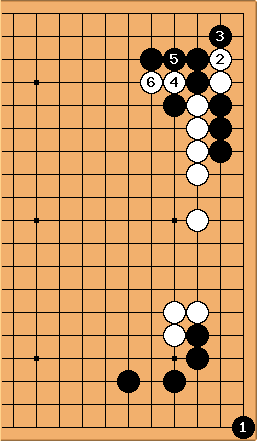 white can force a cut this way by using the aji of his corner stone. this should naturally be played when it favors white, usually with center stones in the local area that can support the white 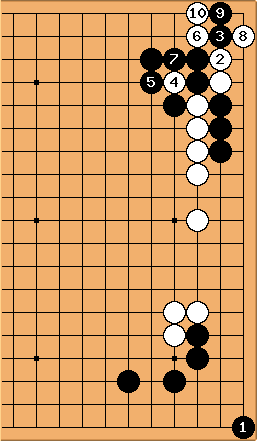 black CAN choose to atari at 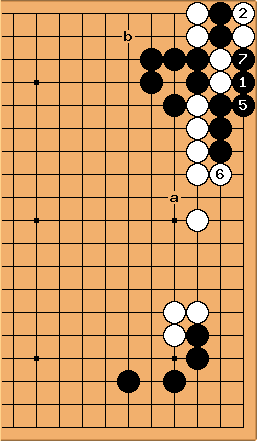 black now loses the peep at A and white has gained more strength, and aji with the forcing move at B

this page is a part of global joseki