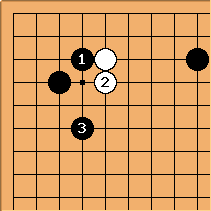 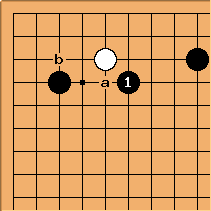 Jared: What do you think about

Bill: Shouldn't this be a BQM? Jared: Let's keep it here. That way it can be distilled into a reasonable entry on this joseki page, where it belongs. 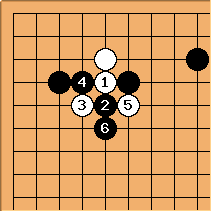 is a natural development. However, . . . 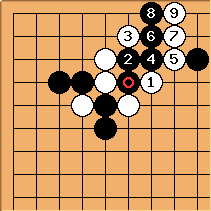 Bill: This ladder works. That being the case, I do not like Black's original play (

). (Although I expect that there are situations where it is fine.) 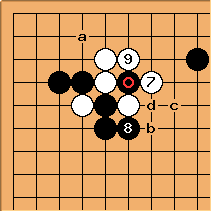 Jared: The ladder works, but after white responds to

atari (probably by capturing at

) then black will have a good move at a or b. White feels cramped by a and is shut in well by b.

ferdi: Instead of Black b, Black c is better (and should be played right now, it's more important than a).

Bill: I agree with ferdi, and so I think that W d is better than

, even though that leaves some aji with

One thing to keep in mind is that Black has a 1-2 stone advantage. Unless Black makes a bad mistake he will come out ahead locally. 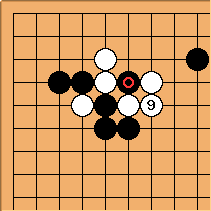 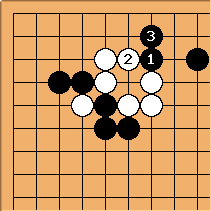 may be a way to use this aji. 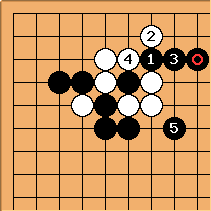 comes to mind, but, even though

leads to a difficult fight. 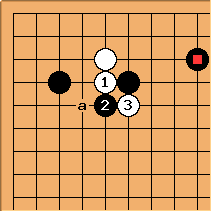 instead of a?! At least without the marked stone this is the right move according to Ishida.

Bill: I think you're right about that. 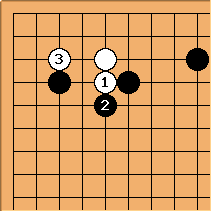