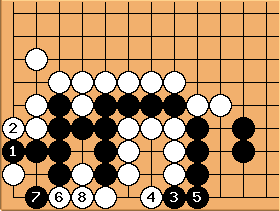 If Black simply cuts at 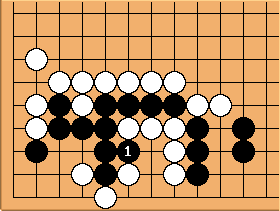 Black has to spoil White's shape. 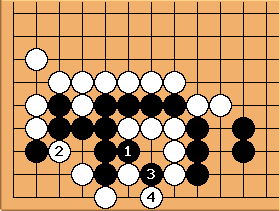 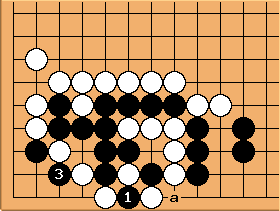 is better than playing at a. 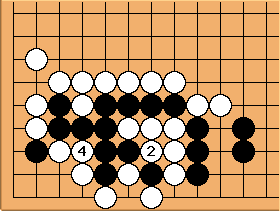 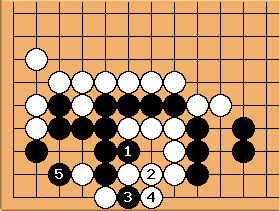 If White protects at

, Black throws in at

. If White blocks at 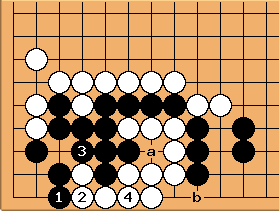 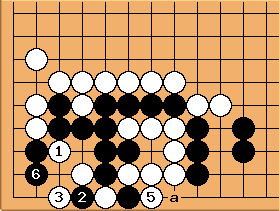 prevents the connection underneath at a.

again prevents the connection underneath at a.

If Black attempts to do better than the ko in the main line, he will end up worse. 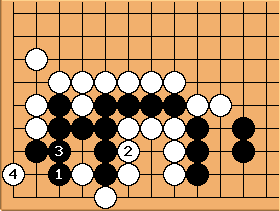 If Black wants to do better,

looks like the only possibility. White makes an eye with

and threatens to capture the black group in a snapback.

thus is forced. White's placement at 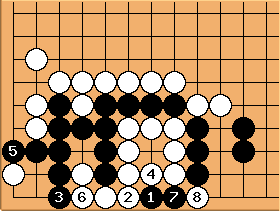 If Black makes a counterplacement,

must connect on the inside (see further comments).

is a first possibility.

both make an eye. 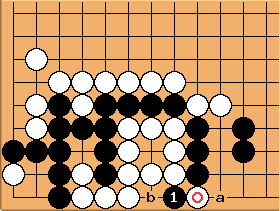 After Black throws in at 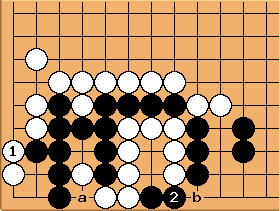 Another way for White to win the capturing race is

here. For one thing, Black must be very careful not to make an eye at a: see eyes that lose liberties example 1. But even if Black cunningly starts taking away outside liberties with

, White has three outside liberties left, the approach move at b included. She will eventually play a to atari Black. 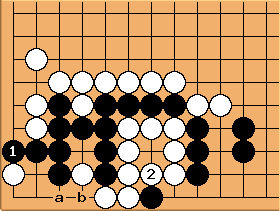 If Black cuts off the placement with

, White still makes her eye at

. If Black a, White b reverts to the counterplacement main line. 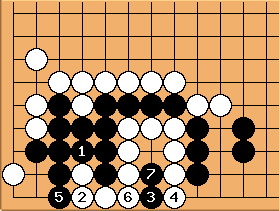 was a big mistake but so was

. The next diagram explains how White should have won the capturing race after 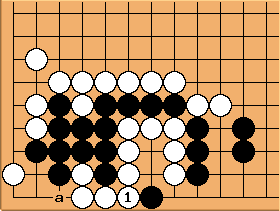 After connecting here, White has four liberties (including an approach move) against Black's three. 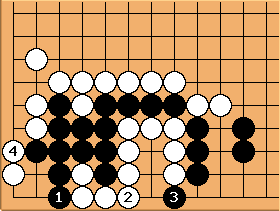 This way it is two against three again.

If Black simply cuts at

When fighting a semeai, mutual liberties should be taken last. Black had to cut off

, get one eye, and then attack from the outside only. Then he gets an easy seki. Of course, it the game Black got more, but that was only because White could not count liberties.

These are the capturing race principles:

3. Make a double ko if possible

5. Attack from the outside; mutual liberties have to be filled last.

In order of appearance