When the two groups involved in the capturing race (semeai) both have a small eye, i.e. the number of empty points in the eyespace corresponds to the number of liberties, then

If the count is equal, the group lives or dies according to sente. If the group has fewer liberties it dies, if more it lives in seki. 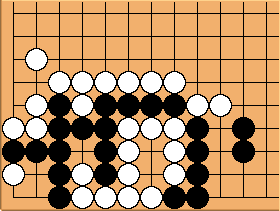 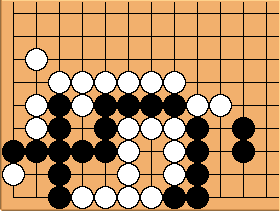 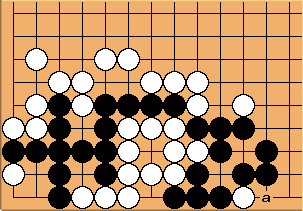 If one of the groups has a big eye, the situation changes dramatically. The big eyed group counts all inside liberties. The small eyed group doesn't.

If the count is equal, the one who has sente kills the other. In general, seki is not possible. 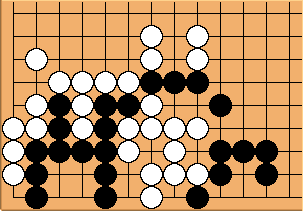 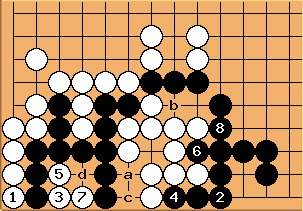 If White goes first, after filling the outside liberties and the big eye, White runs out of options. Filling the inside liberties leads to death (White a, Black b, White c, Black d). 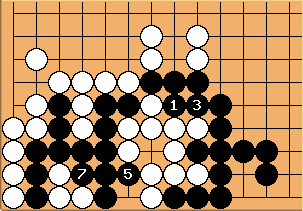 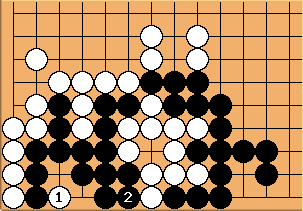 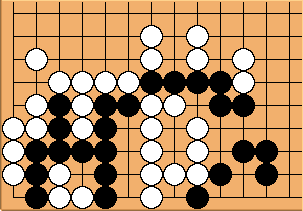 The one who has sente kills the other. This is quite surprising, because if we naively count adjacent empty spaces, Black has 6 and White 10 liberties !

Big eyes hide extra liberties behind the apparent points in the eyespace. These extra liberties cannot be removed at the same time as the apparent ones. Therefore, a big eye of bigger size than another big eye keeps more liberties in reserve. This is the reason why there is a fundamental difference between fights between groups with same sized big eyes and fights between groups with different sized big eyes.

If the big eyes are of the same size, the reasoning of small eye versus small eye fights applies. The one with more OL + EL is alive (group 1). The other is alive in seki if the added IL lift Black's liberties over group 1's OL + EL. 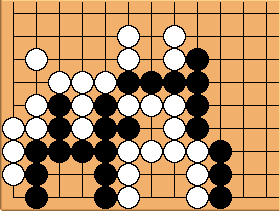 The eye is a four space big eye for both. Black is alive. White counts the inside liberty and White's life depends on sente : 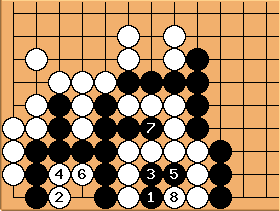 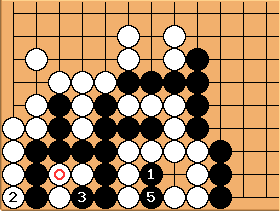 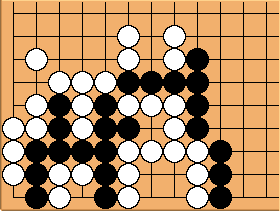 Black has 3 OL + EL. White has 5 OL +EL and is alive. Black counts the inside liberty but remains at 4. Black is dead. 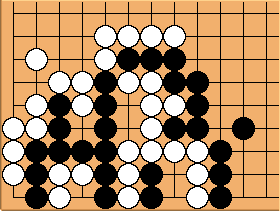 3.1. The Big Eyes are of Different Size

If the big eyes are of different size, the group with the bigger eye (which does NOT mean more eye liberties !) enjoys the existence of more hidden liberties. The owner will count the inside liberties and the reasoning of big eye versus small eye fights applies. 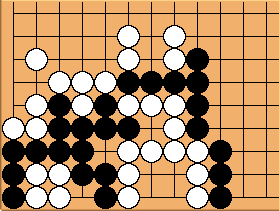 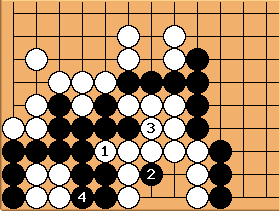 White goes first and has no choice but filling the IL, but let's remember that the IL are Black's liberties. 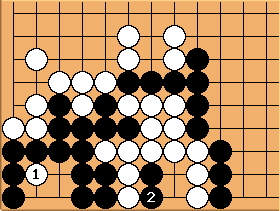 We see that the fight is reduced to one between same size big eyed groups. Black is alive. There are no inside liberties, so White will die. 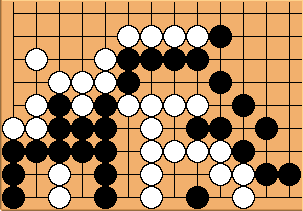 Without a deep understanding of big eyes it demands superhuman effort to understand what's going on in this fight. It looks as if White has an enormous amount of liberties. Yet, White is dead.

Black has the bigger eye, containing 12 - 2 = 10 eye liberties. Black counts the 4 inside liberties for a grand total of 14 liberties.

Imagine the last diagram to pop up in a fast game (except for the artificial position). You know about capturing races and the role of big eyes and after a quick count you decide to leave it. Your opponent, who doesn't know, starts filling liberties while you go along, only to be astonished losing the race by one move.

See also CapturingRaceExercises and the pages in the Eyes Collection.