The Magic sword of Muramasa is a common name for the 3-4 Point High Approach, Two Space High Pincer.[1] It got that name because it has many difficult variations. (See Muramasa about the curse.) 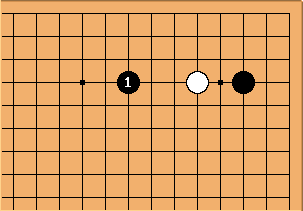 It also typically refers to this specific variation. 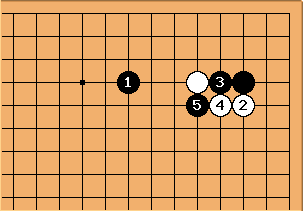 This variation was played in a 1931 game between Tanaka Minaichi(also known as Kato Minaichi) and Go Seigen (White: colours were reversed). It then perhaps went underground for a generation. 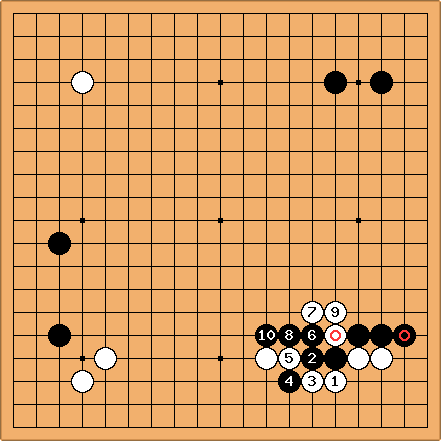 The earliest example in GoGoD (winter 2008 edition) is this 1930 game played in the autumn Oteai. In both the games played in the '30's, the marked cut by White was answered by the marked descent by Black. By the time the variation appeared next in professional play (in 1958) this reply had disappeared. 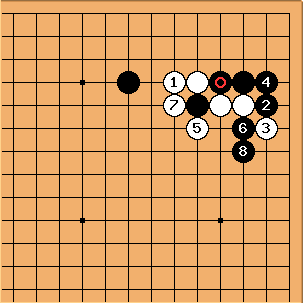 This pattern appears in Ishida's joseki dictionary as White's way to make a peaceful end to this pattern. It depends on the ladder at

, which is a prerequisite for White to play

as shown here. However, no such variation seems to occur in pro play and this is probably because the result is too good for White. So, Black shouldn't have played the marked move when the ladder works for White. 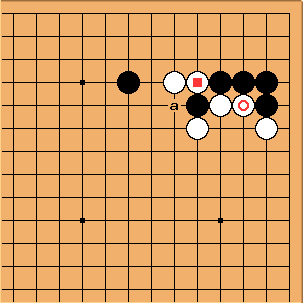 If the ladder doesn't work for White the result is disastrous for her and she should not have initiated this variation herself by playing the outside attachment. That is,

was a poor choice. Or, going back further, perhaps White might rethink her original approach at

In any case, the ladder must be good for one player or the other. Since either player can opt not to play this sequence and neither is happy if the ladder doesn't work for her, then this sequence should never occur. This would then be why there are unlikely to be real-life examples in high-level games.

There are several joseki which rely on ladders which neither side should initiate provided both read ahead to see whether or not the ladder is good. A compilation of just those joseki is to be found at Ladder Joseki. 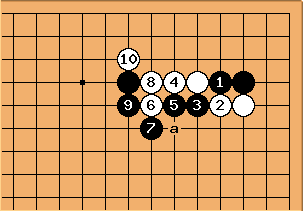 , there remain many cutting points in the position. Professional games show many variations unraveling into the corner and sides. Incidentally,

because of the ladder at a.

With about 30K playouts[2], this is what LZ comes up with 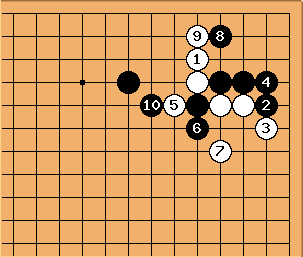 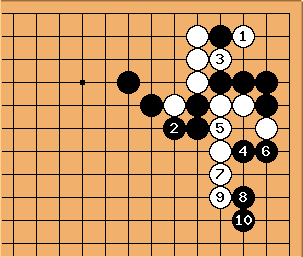 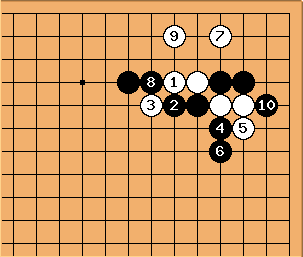 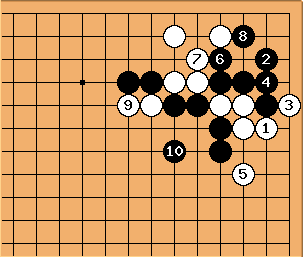 [1] See this discussion and
Joseki to Torikku (Joseki and Tricks), Sakata
Kono Te Goyoushin (Watch Out for These Plays), Go Seigen