To be solid means to have a secure base, be connected and not fenced in. Solid is not quite the same as thick. 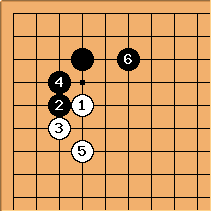 Black's position in this joseki is solid, meaning he has a secured eye space in the corner but is not fenced in. In particular

makes any play at the top uninteresting for a while, since it has little or no effect on the corner group. 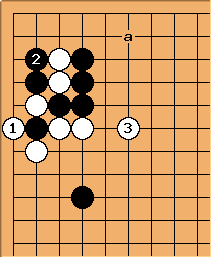 This is the result of another joseki. White is thick, meaning she has the combined virtues of connection, eyespace and influence which make her position affect the rest of the board in a major way (not just annhihilate a side).

Black is solid here. There is some aji for him, namely White playing at a but in essence his eyespace is secure and the top is temporarily uninteresting.