the original content of this page has been moved to BQM563. This page is being reused to discuss the sixth move in the low chinese opening. There is already the low chinese files but its organization is author specific and its content is out of date 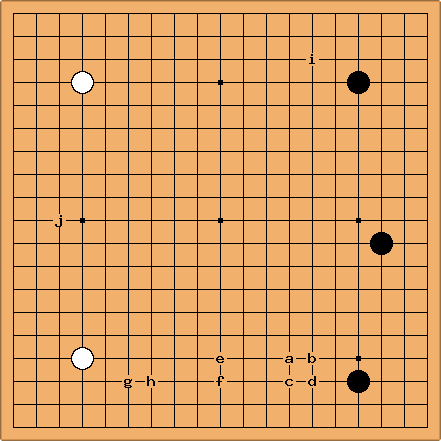 This is the position in the low chinese opening, before

. We're assuming a ni ren sei formation for White on the left, as is very common. According to An Younggil of gogameguru, a-j are common options for

. We'll highlight a few of them. 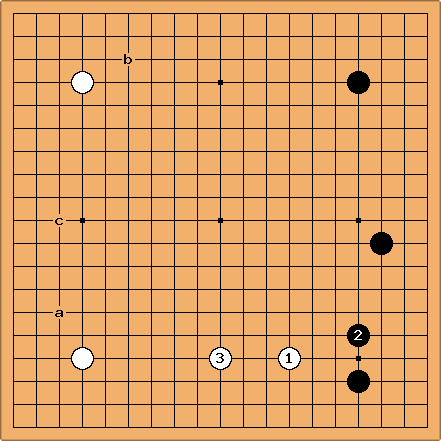 keeps the central influence of the chinese formation in check. Next, Black will use his sente to dismantle White's left side with a or c, or build the upper side with b. If

, but then White will play at

to enclose the black corner stone, which immediately makes the game complex for Black. See [1] 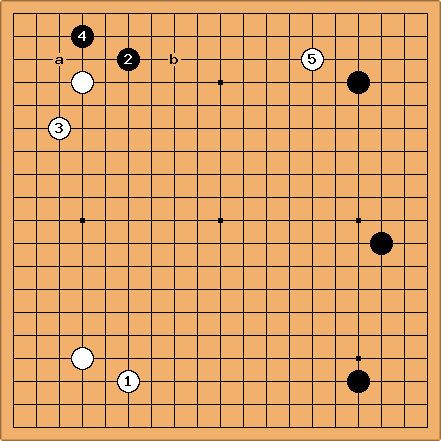 is popular with the professionals, which avoids direct contact with the stones of the low chinese, while keeping its influence in check on a larger scale. Next, Black who is locally unaffected by

, turns his attention to the upper side.

is commonly seen, but local continations like a and b are also common. 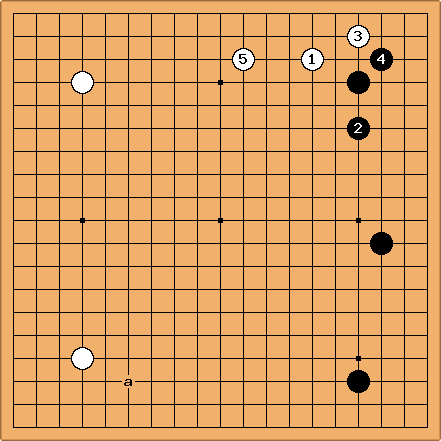 Another idea is to play at the top immediately, allowing Black to form an ideal territorial framework at the upper right. Next, Black will naturally shift his attention to the lower left, using the influence of the low chinese opening to build. 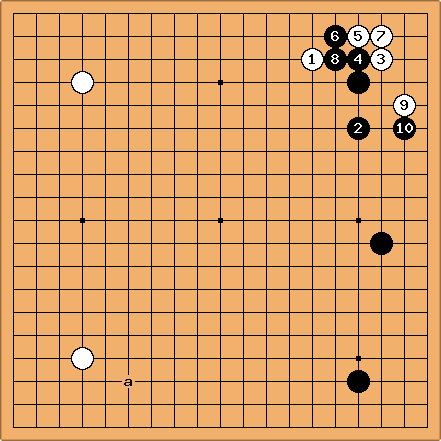 This pattern has been very popular since 2013.

is counterintuitive because it allows splitting with

immediately. However, establishing a group in the corner is mindful of the framework potential of the low Chinese. 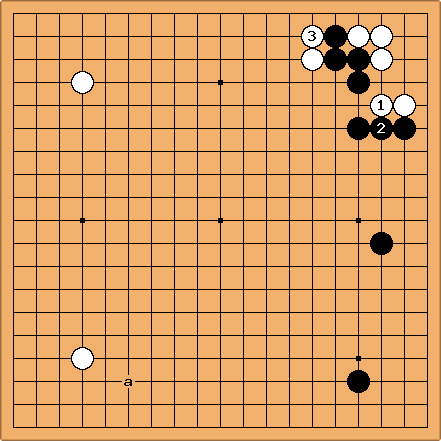 puts disposable but influential stones at the top. Black's cutting stones end up somewhat inefficient, which compensates for the effect of White's stones being cut.

[1] If Black pincers the reduction stone: 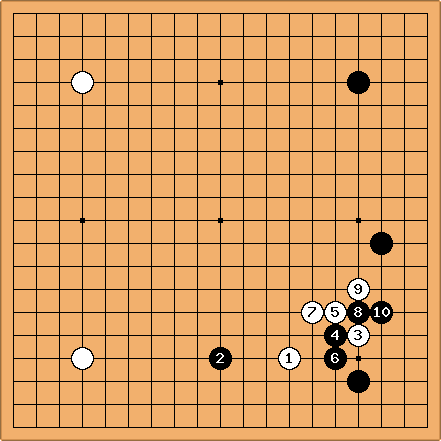 to next split the natural answer 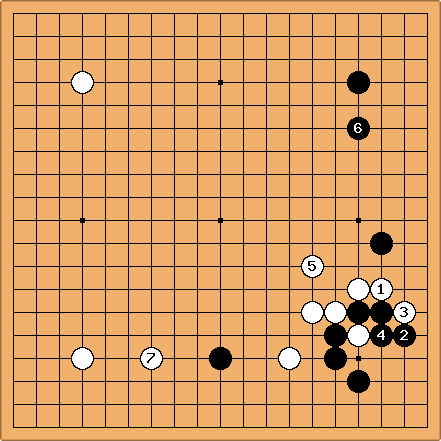 In 3 of the 5 games in a gobase search where Black pincers the reduction stone, this is the continuation.

prevents White from making use of her influence at the right side. White then turns to the lower side with

, where the influence is less strong and the black stone has more flexibility.

Dieter's opinion here is that Black has not made clear use of his original low Chinese formation. White seems to have a more active position which is why I believe this variation is abandoned by Black.

See 3-4 point distant high approach from the wrong direction for more analysis of this corner position.

Elom: I once heard that this formation is bad for black. Why? 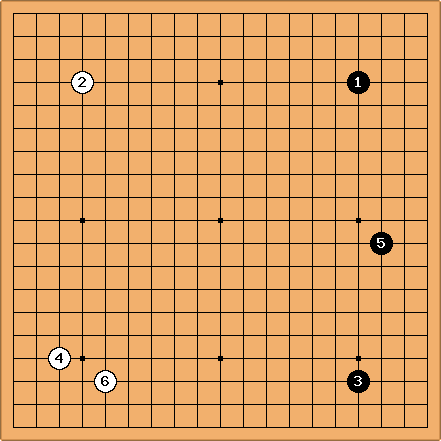