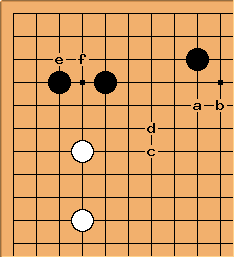 This formation is often seen in contemporary go[1], as a result of Black's adoption of the Chinese fuseki (see plays against low Chinese opening). We can assume a white 4-4 point in the lower left corner, meaning that White is pursuing an influence-oriented strategy consistent with the stones already played on the fourth line.

When it comes to further plays here in the middle game, what options does White have?

In pro games, White's cap at a is the most usual continuation. Black may well find it too passive to answer it directly. White also frequently uses the knight's move cap, which exerts control over a black framework in the upper right. Again Black may find it too slow to respond.

White c is an interesting example of shape. 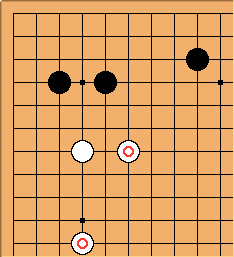 White at d is therefore understandable - it tries harder. If Black ignores it White can easily invade.

Finally White at e and f are typical probes. They are not very often seen in pro games - they go against the idea of an influence contest around here. 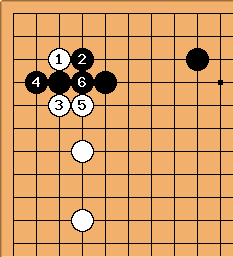 as shown, or at

looking for territory, will depend very much on the fighting position on the rest of the board. As shown White has converted the corner aji into some extra stones that make the left-side group much stronger. 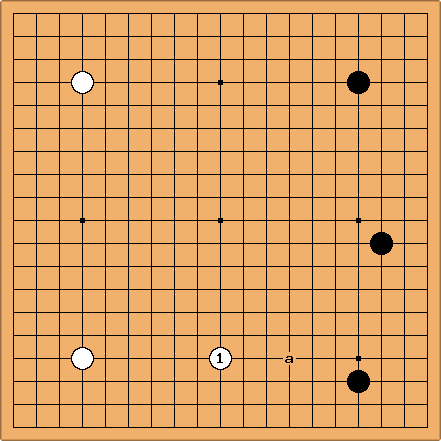 These days it will mostly be created when

is played, rather than White at a; because if White starts at a Black's pincer at 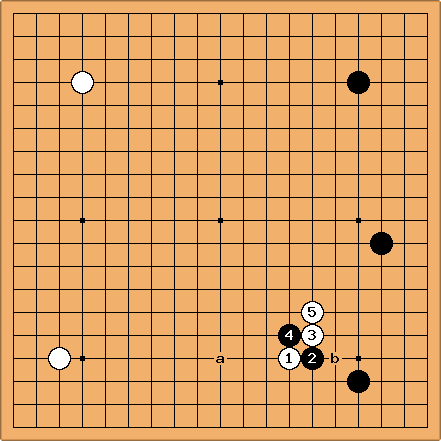 here, expecting a pincer at a, but was caught by surprise at

. Immediately I thought about

, but wasn't so sure about how to deal with a crosscut here.

is probably possible; but

looks like an overplay (at b is expected). Now White has four ways to extend, and at first sight they all look reasonable. 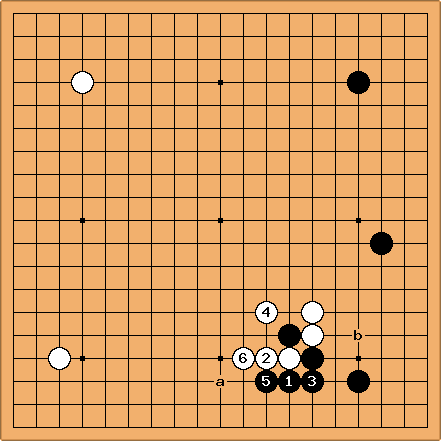 Question goes: Who's better off after this? And secondly, what all kinds of mistakes do these two diagrams have? ;)

? Will Black jump at a now, and when is b appropiate? If anyone has any time to answer these silly questions, thanks already beforehand. :)

Charles I think Black has a bad result, now. Black has taken a little territory, but given White good influence; and now Black no longer has a strategy for playing on a large scale. Black at b has little effect on White. 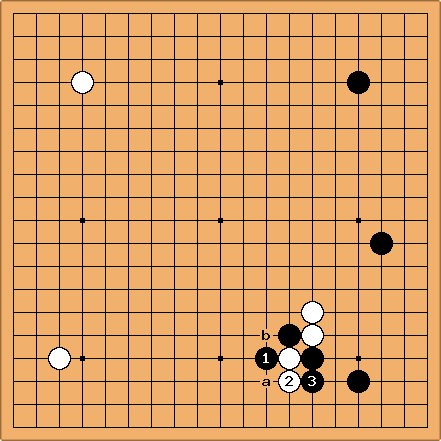 unkx80: My intuition calls for

. Then if White a, Black connects at b. This will lead to large scale fighting.

Charles I agree that this is more consistent for Black, than the way in the game.

It does feel to me, though, that here Black is driving White into his own framework; which is usually inferior to keeping White weak on the outer boundary of the framework. So I can't really agree with Black's plan for this game. 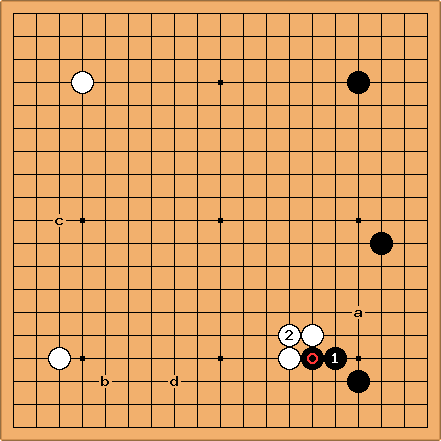 Samiroopo: Hmm I didn't think of it like that yet... But if black plays like this, isn't it a clear bonus for White? Black a for White b for example, and then Black c... Black is expecting some 30 points in the lower right corner already, but White isn't doing too bad either. Actually I think white has a clear advantage from this exchange of a to b in this line, so maybe black will come in at d (which doesn't seem too interesting either after some pondering). If

is the natural move and

is overplay, does this mean

just doesn't work? Duh, seems like I lost a game for nothing. =P

But the fighting variation seems thrilling. 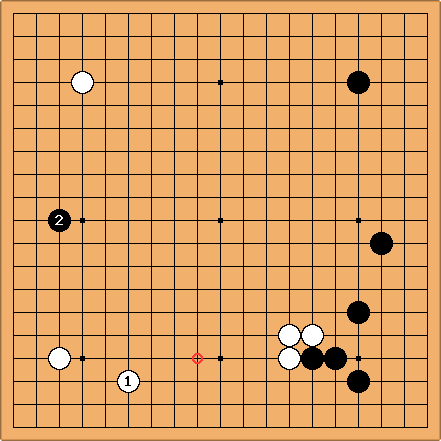 Charles Supposing we reach this position,

is normal. I don't see that Black has any particular problems in this game. Black at the circled point is a good attack in the near future. 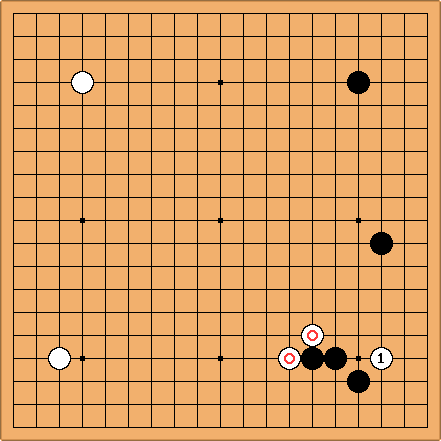 HelcioAlexandre How about this attack? Black won't get his territory.

Andre Engels: No, but he will get tremendous influence. First making the opponent strong and then invading is rarely a good strategy. After this the two marked stones will be dead weight against a strong wall. 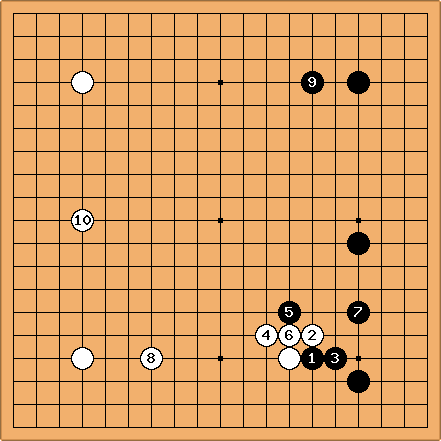 Andre Engels: For what it's worth, the game shown here is the only professional game I can find where black attaches at