When we speak of the fourth line, this is what we mean: 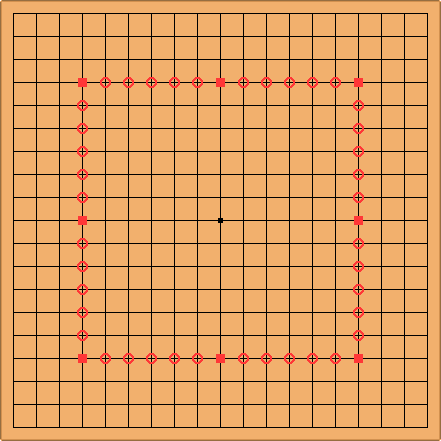 Line of influence and development

It is also said that the fourth line is the line of development. Due to the large influence of fourth line stones, playing there is a good way to develop a framework with possibilities for expansion. In contrast, fourth line stones can easily be undermined, so they are not very useful for making a settled shape.

Building territory on the fourth line is attractive, compared with the same number and spacing of stones on the third line, because it is more efficient. But it is also less secure: invasions under stones placed on the fourth line must be expected. In those cases you need to take influence and use it for framework or fighting.

The specific aspect of pressure

One reason that the fourth line is important, more so than the fifth line and higher is that fourth line stones can strongly pressure stones below them (they are in contact with stones played on the third line, while stones that are even lower are already weak). Therefore, it is often easy to build thickness in response to an invasion while forcing the opponent to defend their stones.

If one plays any higher, stones played underneath are hard to threaten, and building thickness is difficult. Therefore, it will be difficult to gain any compensation for the territory lost in an invasion.

It would be a mistake to take pronouncements about the character of certain lines too seriously. Best to regard them as food for thought, to help guide and develop judgement for particular situations.