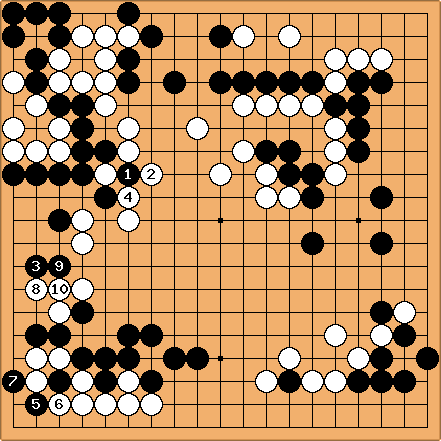 are understandable at least, though it is difficult to say if they were the best.

is an interesting maneuver. As I understand the purpose is to get a sente connection of two groups. Black can connect in gote but then white gets a big move in the middle.

is a rather common endgame tesuji, but playing it out in an actual game is not so easy. I think I had a similar problem in goproblems.com, but I don't think we have it in SL. I shall write something on this in Endgame Tesuji 3.

. Yi Ch'ang-ho does not like to reply. He plays what he himself considers to be sente.

defends. As people say, you know you have been forced when not replying makes the previous move meaningless. 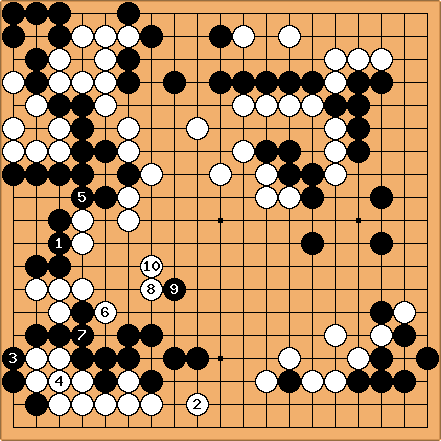 is a good solid move. Yet, this has to be understood. Black always has a ko option to survive so is not this a little bit slow?

is a thick move. One can say that it keeps a number of cutting points 'open' for Black, for example. Also, settling this group is natural if Black is going to allow the lower left group to become weakened.

. White has decided to give up some points in the corner and run to connect with the other group. There is a curious moment here. Black wall is without eyes, so white can do some chasing and get some stones on the board for free.

is a thick move again. Black is very much concerned with the life of this group and wants to keep some potential in the center.

, it seems that the white stones flow naturally. There is some thinness in white's shape, yet it is not easy to exploit.