The analysis of the yose moves starts slowly from the end of the game. There is some controvercial material at the bottom of the page. 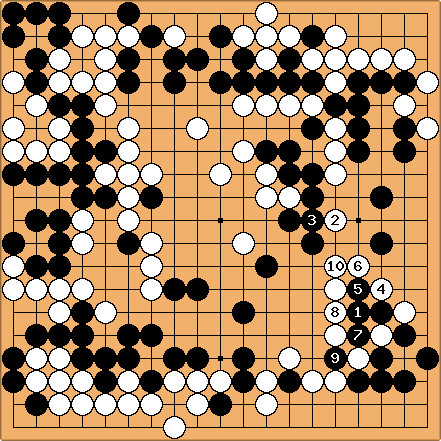 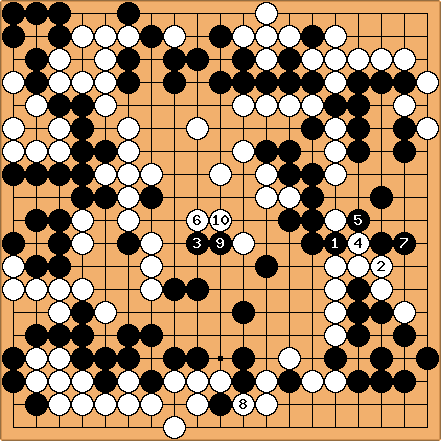 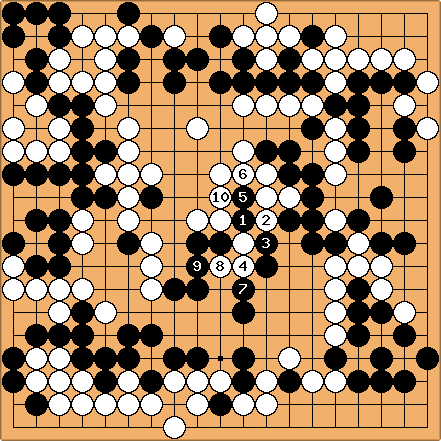 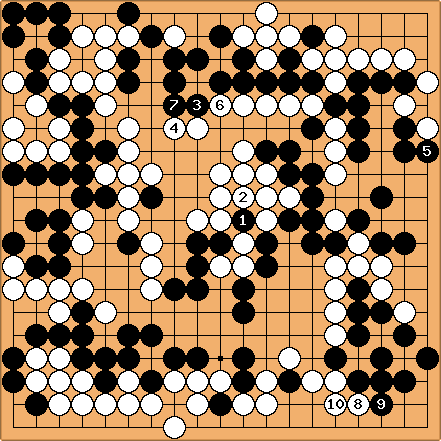 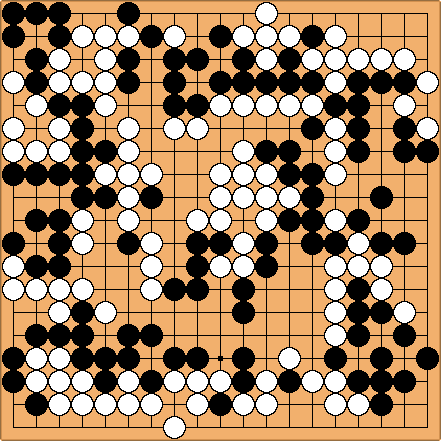 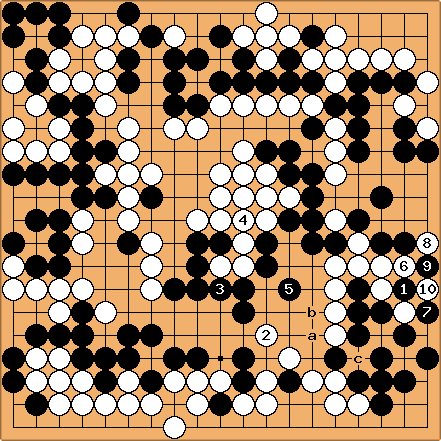 creates a threat to cut off a bige chain of white stones with a play at a. The result would be ko, but that is dangerous. White defends with

. Now simple b connects by connect and die. At the same time

creates a threat to cut black, so the defence is sente. Nice. 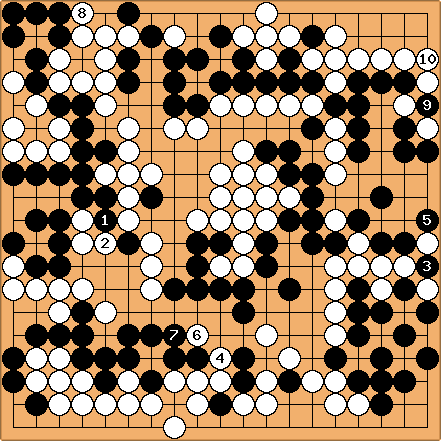 the corner becomes a true seki. Before

black had an option to start a ko. 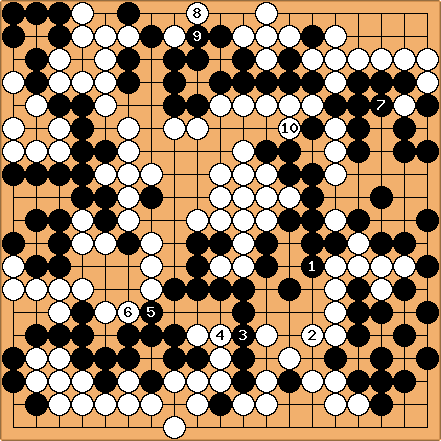 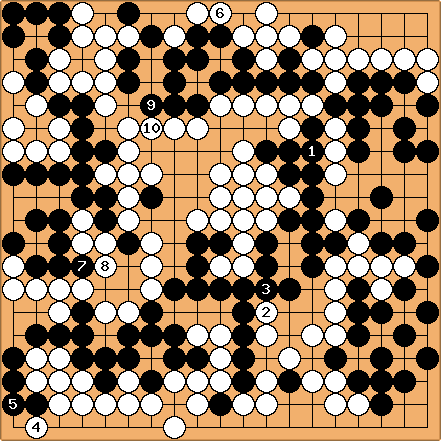 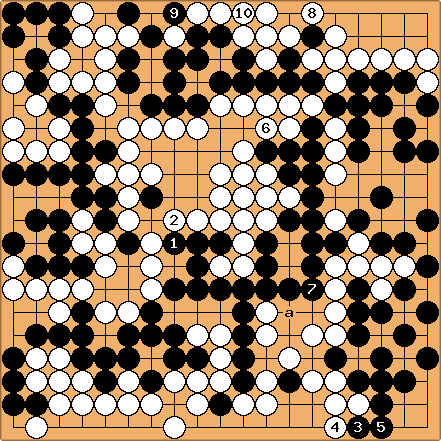 the best, the largest move here? What can white do? White can play at a geting a point and threatening ot make another playing at

. Additionally, black would eventually have to capture a stone after all liberties are filled. Thus white can get 3 points if playing two moves or one point sente. This makes the move 0.75. I have to make sure that I do not try to cheat myself into believing a professional. It is not clear why black did not play simply at a. Of course, that would not have solved the problem with capture but that would have solved the problem with any additional white points in the vicinity.

is a sente 0.5+ move if my calculations are correct.

is a comparatively big move. Black gets 3 points and there is 0.5 sente move left. But it is a reply to white's sente move.

is worth 0.5 points reverse sente. Basically as these are the last moves white could play at a which was worth 0.5 points gote. But in that situation white is obliged to recapture. At my level people usually leave 2 stones like this unprotected to the very end as if trying to boast: I know this is very small. Yet, it is 0.5 points miai counting reverse sente. 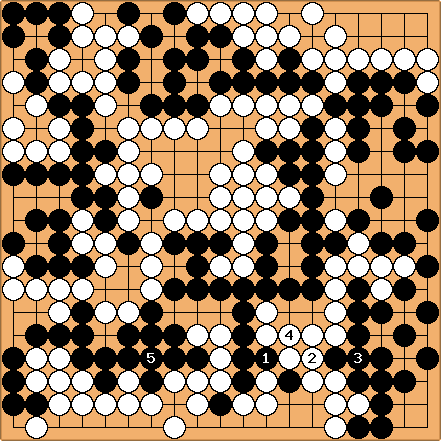 is prevents white from getting a point. The sequence

can be considered as 0.5 points gote. Or, as black does not actuially have to connect with

White has to defend with

because of the connect and die worth at least 2 stones.

is a slack move. White concedes the last ko. For about 10 minutes I looked for any other reason but in vain. White played at a neutral point.

which was the last move of the game black captired 17, white captured 13. White had 6.5 points komi. White won the game by 3.5.