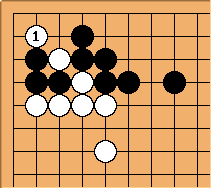 Consider the upper left corner in this diagram: are you surprised by 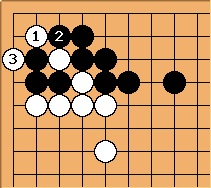 and another hane at 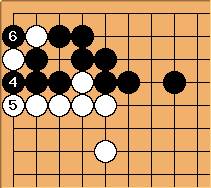 is an atari, which is sente for White. 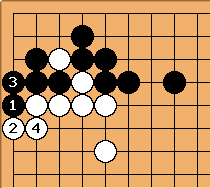 The hane-connect is often a sente endgame play for Black, which gains him 2 more points than in the previous sequence.

It is conceivable that White can omit

, in which case Black will of course gain more; in this case the sequence is also not really sente.


The question is: how should White play in this corner if there are also large endgame plays elsewhere? 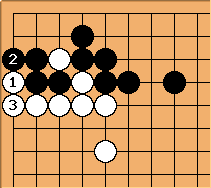 White is reluctant to play the hane-connect at

, although it gains her 1 point more than the original sequence, because it is gote. 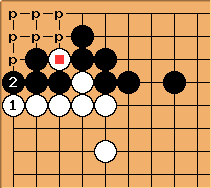 is an improvement, because it threatens to enter the corner, but this may not be good enough.

If Black does not defend, White plays as in the next diagram to reduce the corner by some 8 points at p and

If Black does defend at

, the score is as in the original sequence. He may, however, prefer to defend elsewhere to reduce Whites ko threats. 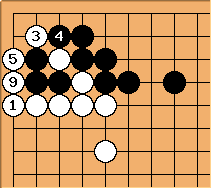 may not be good enough is that if there are more urgent plays elsewhere,

can enter Blacks corner, gaining some 8 points (see above),

can tenuki a second time.

Black thus gets sente twice and has two plays with which to match Whites 8 points.

White is in no hurry to play

as Black has a shortage of liberties. This stone is mainly present for comparison with the next diagram, emphasising that 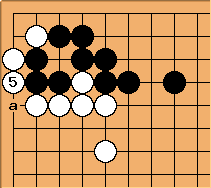 On the other hand, if

after the tesuji is tenuki, then connection with atari at

is much more severe than

threatens to capture three Black stones for another 8 points.

may also have life and death implications depending on the configuration on the right side, since it also destroys Blacks eye in the corner. This is, however also the case when White enters Blacks corner with

in the previous diagram. The difference is that there the three stones are not threatened until

, which is a dame, while here

threatens them and takes the corner profit; in the original sequence,

threatens both the corner and the stones, keeping sente.

Bill: Normally, this will not be a double sente, as that depends upon the rest of the board. So normally this is a Black sente or a White sente. If the tesuji above is sente, so will the descent be.

Santo?: If this is sente for white, the descent seems to be a better move than the tesuji: equal in terms of points, but more ko threats remain after black's response. If this is gote for white, the tesuji is better, because it leaves the extra continuation of later capturing the three black stones, and thus implies a better count for white.