This is the fifth line. 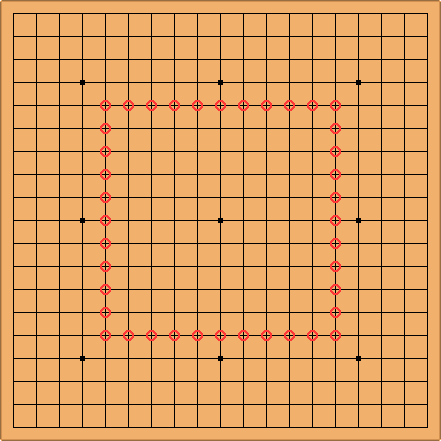 It's common knowledge that we should balance high and low moves in the opening. So we play extensions both on the third and fourth lines. In contrast, isolated extensions on the fifth line are less common.

Where fifth line plays are used in the opening, they are typically part of local fighting, plays at the boundaries of two frameworks, or moves to consolidate a framework. 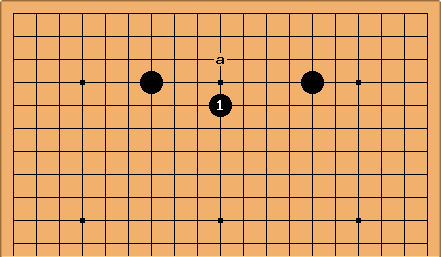 You may see plays like this in beginner games. In general, the space around a is too open for this extension to work. 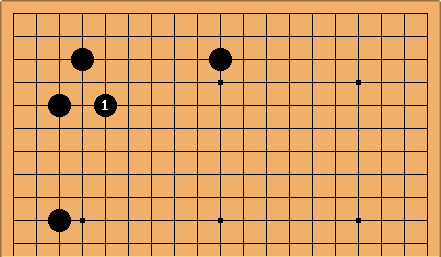 is a common move to consolidate a framework around a shimari. White would like to play there as a reducing move, so Black follows the proverb that the enemy's key point is yours 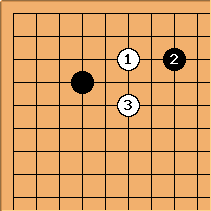 is played to get access to the center and split Black's stones. 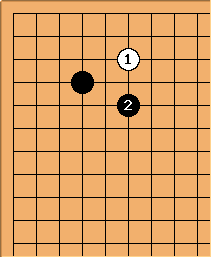 This joseki is played, but only where it coordinates well with Black's other stones. In isolation,

Andy: Although consider that in general a joseki should be played such that it coordinates well with other stones. The coordination with this 5th line move is so obvious (Takemiya) that it's easy to spot when it is inappropriate, while other joseki that are less obviously situationally incorrect might require more insight to play correctly. 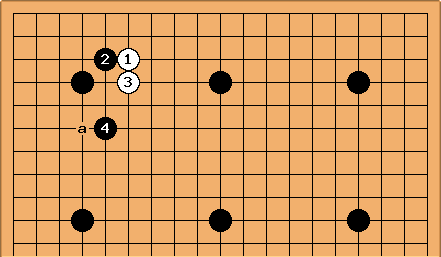 , which is a good diagonal attachment,

, while not exactly a poor play - it is aggressive, at least - isn't better than Black at a. 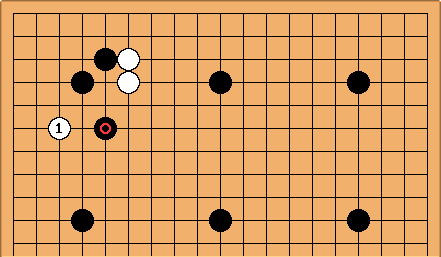 A later white play at

is rather too easy to make as an invasion. Plays on the fifth line don't take much secure territory. 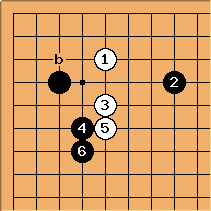 isn't joseki: White at b is the recognised play.

Harpreet: Doesn't this diagram show pushing along the 4th line? Doesn't the number refer to the line of stones that is making territory for one side?

Charles I think one usually understands pushing along the nth line (intransitive) as meaning the same as pushing the opponent along the (n-1)th line (transitive).

Actually there are a few examples in pro games for the diagram above, but that shouldn't confuse one into thinking it's joseki.