Most moves on fourth line or higher

For fun, I (bugcat) decided to look for the pro game in which one or both players played the most moves before putting a stone on the third line or lower.

I only searched for a short time, but I did find an impressively unusual game from the shin fuseki period which I thought would not be easily beaten for the record. It was Onoda Chiyotaro vs Kitani Minoru, 1934 (

http://ps.waltheri.net/database/game/6110/) and an astounding 43 moves were played on or above the fourth line before Kitani descended to the lowly third line.

So the first claimant to the record is:

For both players, 43 moves (Onoda Chiyotaro vs Kitani Minoru, in the aforementioned game). 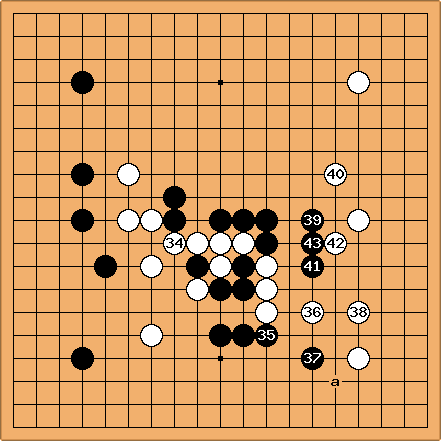