Capture three to make an eye

The proverb capture three to make an eye refers to capturing three stones in a closed corridor, which normally ensures an eye if the corridor has no cutting points.

An example at the edge of the board. 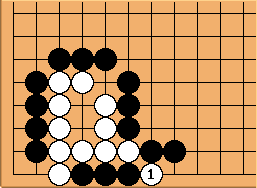 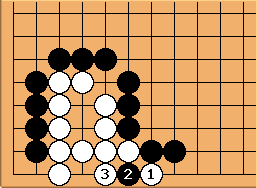 ...even when Black throws in with

, White can make a second eye with

This works away from the edge, too. 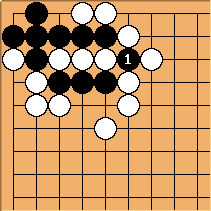 makes an eye too, so Black lives.

However, this proverb has exceptions too, such as the following, where the corridor has a cutting point. 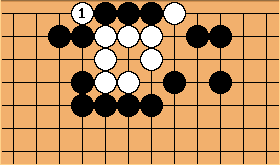 In this case, despite capturing three Black stones at 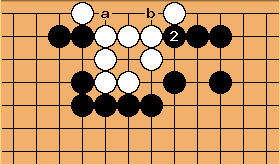 kills. Since a and b are miai, White dies. 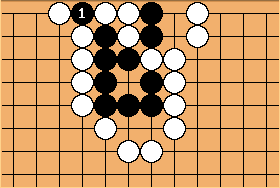 If Black captures the three stones with 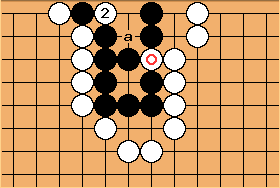 the eye around a is a false eye.

A possible heuristic to see whether the "capture three to make an eye" proverb applies is to look at the position immediately after capturing. In each of the four cases below, we see whether we can form an Black eye at either the a points. If White can occupy all the b points after Black's capture, then Black has no eye here.

PJT 2019-12-16: The Korean(?) text 석점을 잡으면 한 눈을 만들 수 있다 was substituted for the title of the first section. If this means the same, we might put it in a CJK box; if it uses a colourful image, it would be nice to know; if it was vandalism, we should lose it.