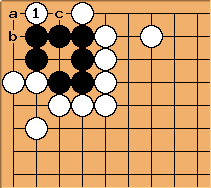 demetria: Erm... If White starts a ko at

demetria: Okay, so I don't know the terms, but can it work as a threat? It would be a dead four (bent four?) in the corner, right?

at b is answered by

at c, and b cannot capture three to make an eye - it's a matter of white's liberties rather than black's lack of them, however.

demetria: Neat, I think that's the only solution I'v gotten right on the first try. Now if I just knew what I was doing... 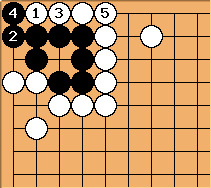 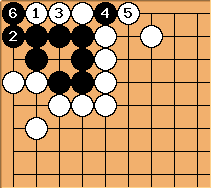 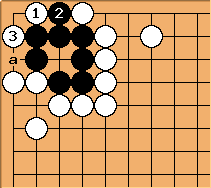 With black cutting/trying to capture at c, as shown, white applies the same technique on the other side. Now there is a shortage of liberties situation which prevents black from cutting on this side. 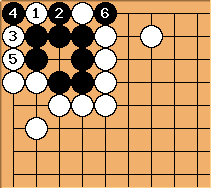 White gets to connect whatever black tries, and the best black can do is get a couple of simple kos on top, but these are not life. 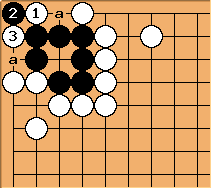 Of course the throw-in of

does no good either. Now the a points are miai to kill, producing results from the previous diagrams.