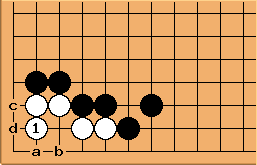 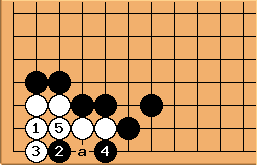 For those who have solved or looked at the earlier problems in this series, this line of play will have become familiar. After

, if Black connects at a, White captures three stones to make a second eye on the first line. 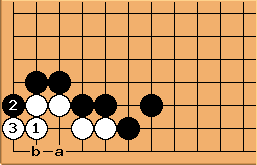 lives. If black a later on then white b is the only move to ensure two eyes.

It would be a mistake for White to answer

at a (next diagram). 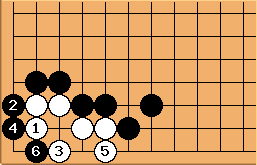 Black turns the corner into ko with the throw-in at 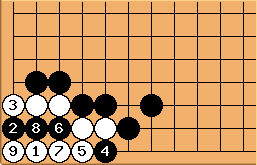 The 1-2 point is not the right spot to make life for this group. After the sequence to

, Black throws in at

to leave White with a big eye.

, and White has only one eye. 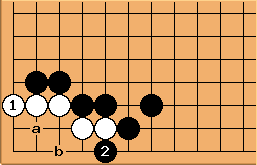 , making miai of a and b for the kill. 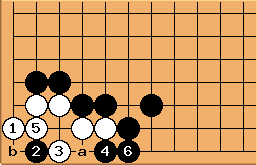 may be the hardest one to refute. After

, White can't play at a because of shortage of liberties. If she captures at b, Black plays at a himself to make the eye false. 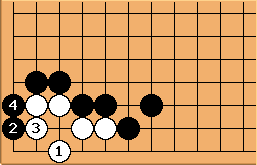 here, gives the same result as if White's first mov was played correctly at

in this diagram, but White errs with her second move, by answering

(see earlier diagram: Mistake in the follow-up move from the Solution).

White lives in ko, which is not good enough. 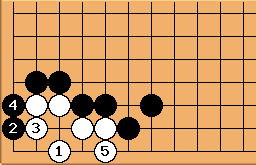 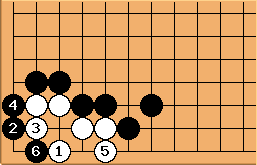