A blunder (poka[2] in Japanese) is a mistake of which one feels it is way below one's level. A blunder is often a result of Go blindness, a situation in which you fail to see what is thud-simple when pointed out to you.

Blunders happen to people at all levels of Go playing strength. Fujisawa Shuko, the great Japanese pro, was famous for poka or blunders. He lost the Kisei title to Cho Chikun because of one. 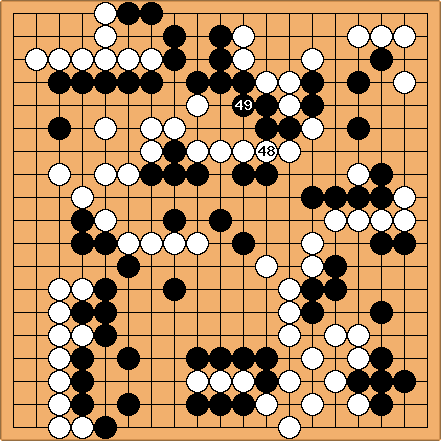 Here is the position after 149 moves of

game 7 of the 7th Kisei title match between Cho and Fujisawa.

In a commentary in issue 31 of Go World magazine, Cho himself called 149 a silly blunder that loses the game. Instead, playing at

in the following diagram was recommended, which would have led to a close game[1], perhaps a half-point decision. 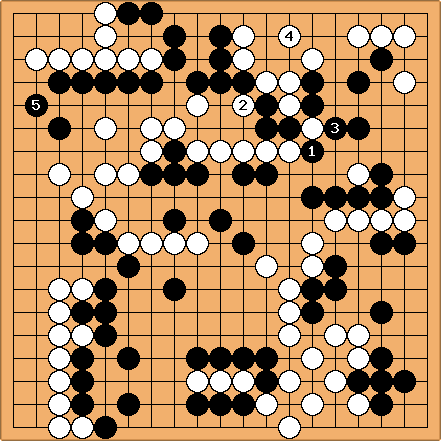 The actual game proceeded as follows, with White storming through Black's position. 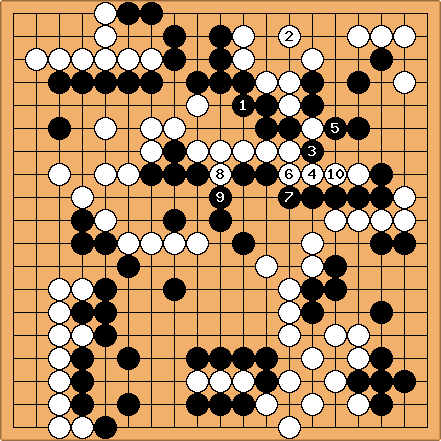 [2] Incidentally, poka was the (appropriate) name of an early Go playing program that did no reading, written by Howard Landman.