(Answers at bottom of page)

This game was played against Jin Jing 2p using another account. I took 4 stones. I believe this is my second victory against professionals -- the first time was an 8-stone game many years ago.

I play a lot against computers on KGS. They are unorthodox but creative and very sensitive to the global balance.

I managed to beat Many Faces 2-3d giving 6 stones:

As the title misleads, these are not studies at all. Just for fun. 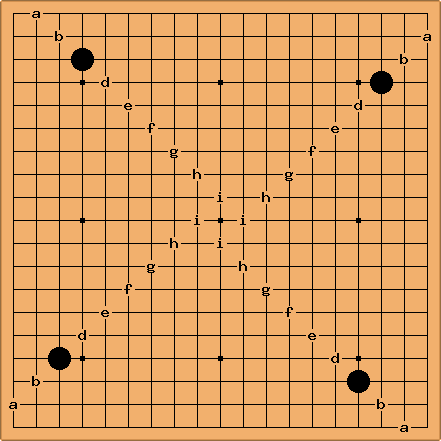 Inspired by the Shusaku fuseki, I have invented the spiral-n opening, where n is the smallest number of the coordinates of the black stones. Hence the opening moves of the Shusaku fuseki can be classified as (an incomplete) spiral-3.

However, such an opening will almost never come to completion, as white will almost always play at an empty corner. For the same reason, spiral-4 (d) will also never be realized. It is obvious that spiral-1 and spiral-2 are bad and should be rejected outright. Note that spiral-9 (i) forms a cyclic kosumi (i.e., an eye) and spiral-8 (h) is a cyclic ogeima. 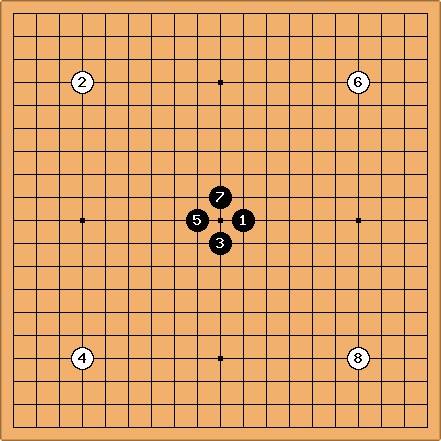 The spiral-9 opening may be discussed in beginner go books. As the saying goes, a ponnuki at tengen is worth 30 points. However, as White gets four corners without sacrificing a stone, this opening is too inefficient for Black. Likewise, spiral-8 may be inefficient as well.

Rolle's Theorem, there must exist an optimum n where the spiral-n opening is the strongest.

Unfortunately, this optimum n cannot be found analytically. Based on intuition, it seems to me that the spiral-6,7 openings should be the best. 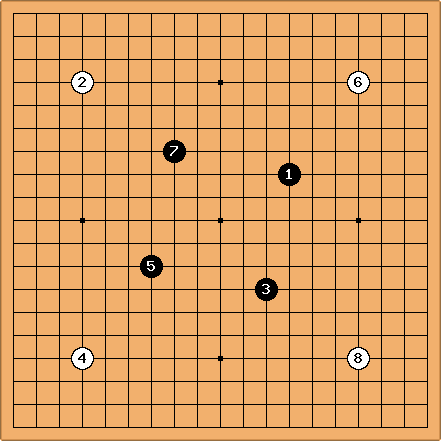 The spiral-7 opening radiates strong influence toward the entire board. 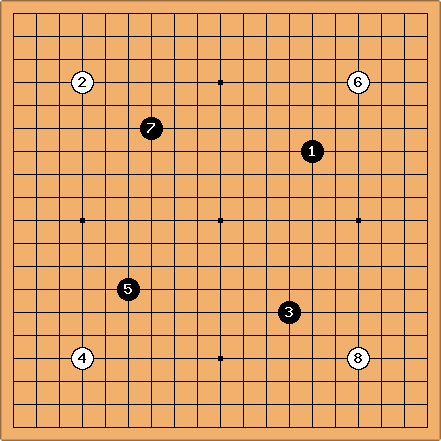 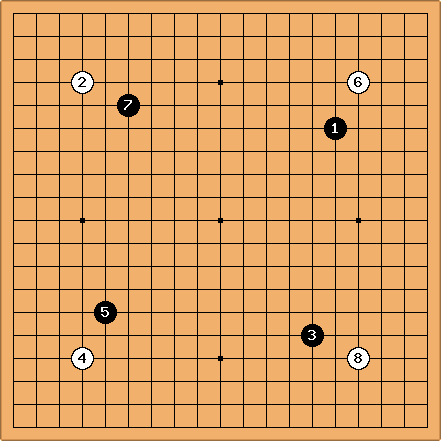 The spiral-5 opening has 4 unusual kakaris. However, it is very likely that White will respond locally and Black may not be able to complete the formation. 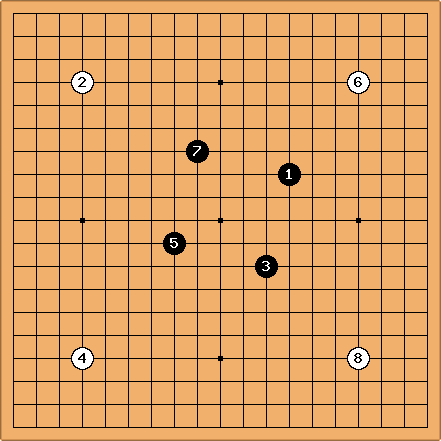 It may still be too slow.

Although spiral-n has a 4-fold rotational symmetry about tengen, mirror symmetry is spontaneously broken. Hence, Black's 5th move is greatly influenced by the symmetry of White's first 4 moves. 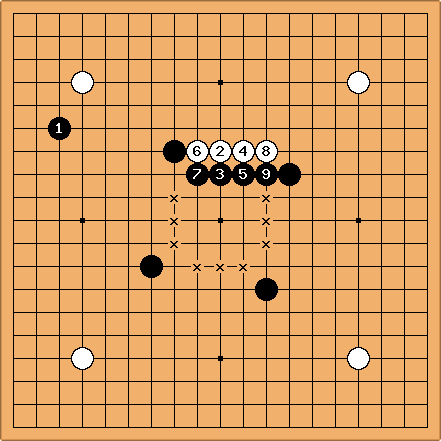 One must never use the spiral-n opening to defend the tengen territory. That completely misses the point. Instead, one should overplay reasonably (an oxymoron?) at sides and corners to provoke fights, so that the first 4 moves can become effective.

Of course, there is always the possibility that black cannot complete the formation due to an existing white stone. However, Black should not feel that s/he is at a disadvantage. 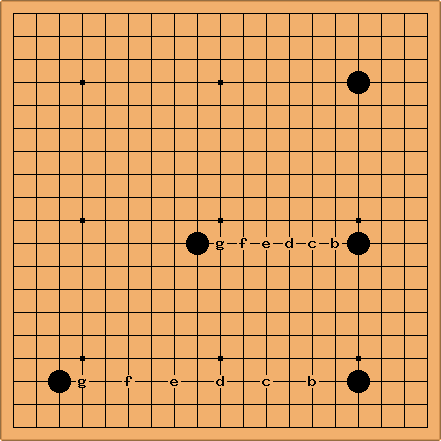