Note the following quote from

The rating system is calibrated so as to translate 'roughly' to an equivalent rank. Dan ratings are positive (from +100 up); kyu ratings are negative (from -100 down). There are no ratings between -100 and +100. Dividing by 100 thus gives a rough idea of the corresponding rank. This is meant only for informal comparison purposes, however. The AGA rating system is not an official ranking system. Ranking standards and procedures vary between clubs and among countries; a European dan-level player will generally be about a stone stronger than an American of the same rank, for example.

Calvin: This data is taken from the public rating data available at

http://www.usgo.org/ratings, last updated 3/3/2005. Anyone who wants to update this can feel free but take it from the original source.

You'll note that this distribution is notably different from the KGS Rank Histogram. The top two points on the graph are 1d and 2d, respectively. The high weighting among the upper ratings is likely due to the fact that this is taken from tournament data. Since the players who bother to go to tournaments are usually more serious, it does not represent the actual strength distribution of casual club players. The data also includes members who are not currently active, but the basic shape of the data for people who've played in tournaments in the past couple of years is similar; i.e., there are lot of people walking around calling themselves 1d or 2d.

Nick? Shouldn't this be updated for a dataset more recent than 2005? I'll grab the most recent ratings list and see if I can't generate one..

http://www.usgo.org/all-players-rating. Does not include players with "0" or missing rating. http://www.usgo.org/all-players-rating. There are 13907 players with rankings. The median player is 5 kyu. 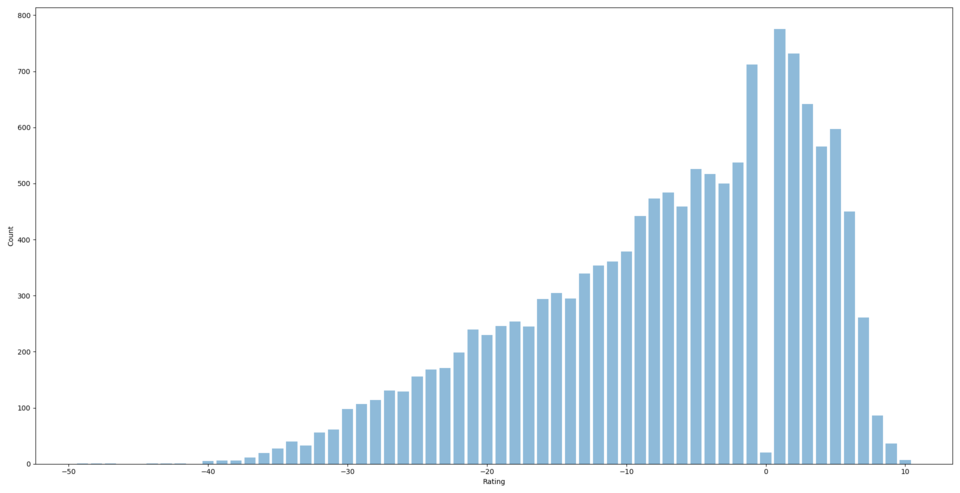