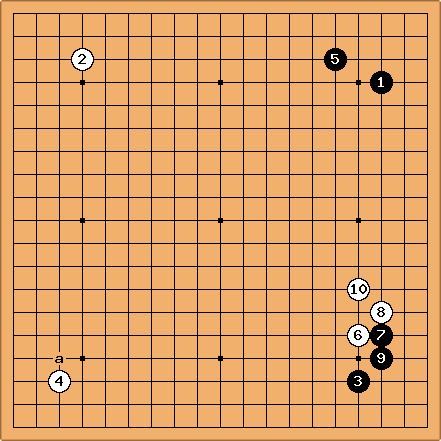 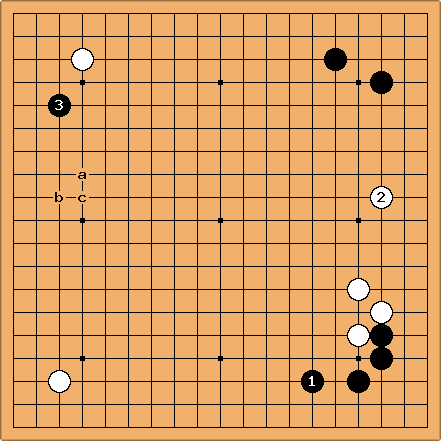 For White 14 the alternatives a, b, and c were all played. The right side position is known as 3-4 point high approach, inside contact, hanging connection.

The widest path according to MasterGo: 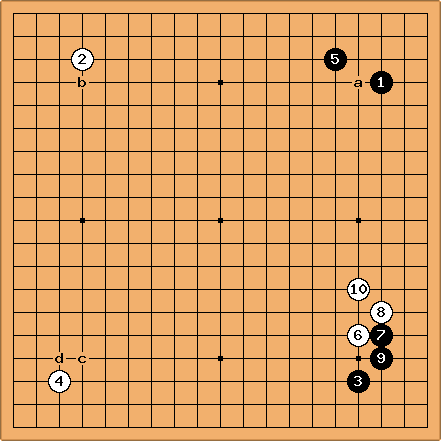 : 8 games, Black wins 38%. It may seem strange that the number here increases. Reason is that MasterGo looks at all games in which this position occurs, irrespective of the order in which they appeared on the board. 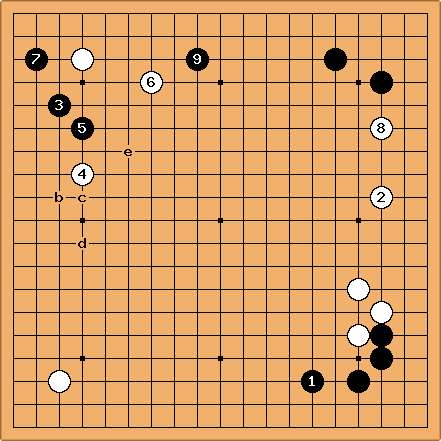 At White 20 there finally is no widest path left. d was played by Cho Chikun against Otake Hideo, e by Go Seigen against Takagawa Kaku.