Here is the widest path for the complete MasterGo database. The widest path consists of the most common starting move, followed by the most common follow-up to that move, etcetera. Note that the MasterGo database contains mostly games from the 1990s. Note also that MasterGo looks at all games in which the given position was present, irrespective of the order of moves to get there, and that it when necessary will turn or flip the board to get there. - Andre Engels

Tapir: It is still the same path 'til

is played more often as an approach (d in the 2nd diagram). 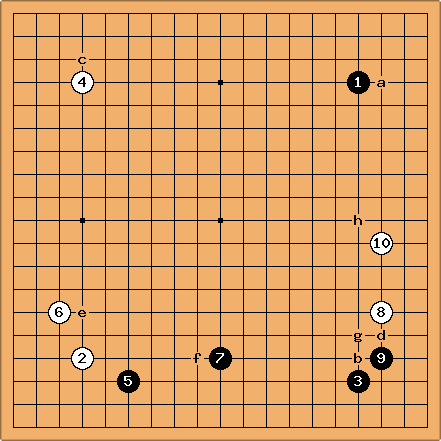 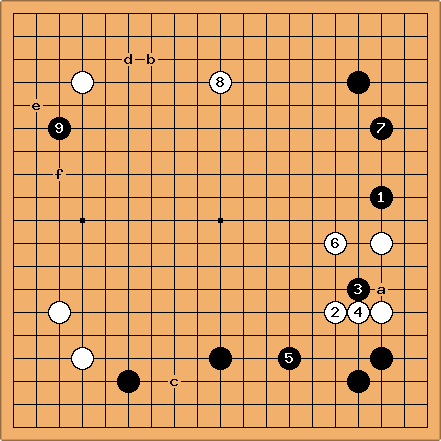 The smallest path ends at black 19. Follow-ups are white e (played by Yu Chae-hyeong against An Tal-hun in the Korean promotion tournament 1998) and white f (Nakazawa Ayako against Chinen Kaori in the 1997 women's Honinbo semifinals). 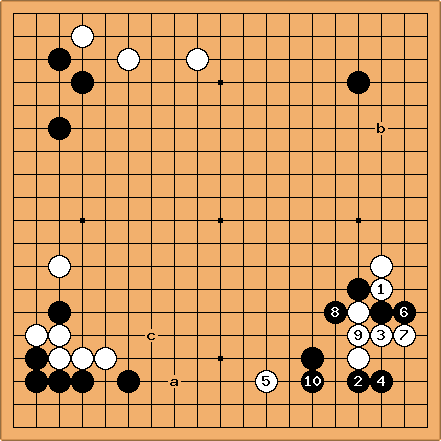 I did the same with my program, but using amateur games as well and noticed that the path converges and diverges several times, and even at move 39 there are still variations. A Fuseki library of 450,000 games is used. 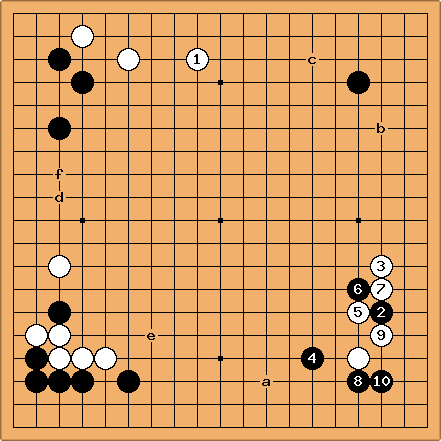 It becomes obvious that including strong amateur play in the "widest path" leads to a much thicker Fuseki tree. Even ten moves past the terminal node of the pro-based widest path, amateur Fuseki - if you can call it fuseki at this stage - is much more varied, as expected. At this position there were still 6 variations over 39 games.