Rectangular Eight in the Corner 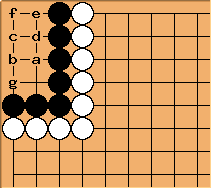 If Black plays first, Black has several moves which grant life, A, B, C, D, E, F and G. 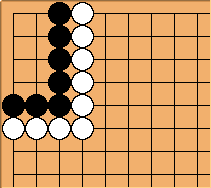 This position is hyperactive. Its value and play depends upon the ko threat situation. If White is komaster, she can often make seki with sente. 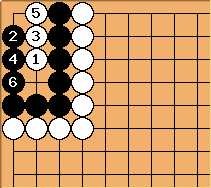 is the strongest attack.

is the point to avoid ko.

is necessary or White plays there (or to the right of it) to capture the corner.

will also make a seki, but White would get an extra ko threat. 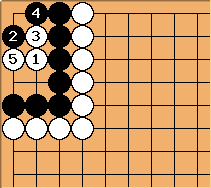 makes a ten-thousand-year ko. Despite taking sente, this result is generally worse for Black than a seki. 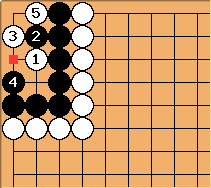 , White gets to play 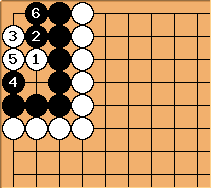 in this variation invites a seki. Without

either player can make a throw-in ko.

The Count: This isn't necessarily a mistake, is it? If White has one big ko threat and no others then White can't win the approach ko above, but can win the throw-in ko, and so Black will play

and White will make seki which is better than nothing.

IronChefSakai: It seems to me that White will rarely want to play the throw-in in the previous diagram (creating the approach ko), because assuming both players know this shape well, both White and Black would have to prefer a ko over seki and White would not only have to prefer a ko over seki, but would have to be willing to settle for a disadvantaged approach ko. Can anyone verify this thinking?

Bill: OC, if White is komaster White will throw in. Sometimes that will also be correct when neither player is komaster. 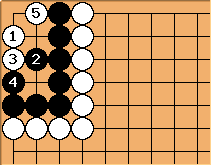 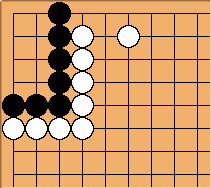 If there is at least one outside liberty, Black is alive with seven points. 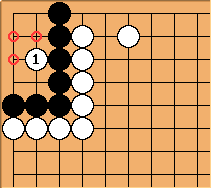 Now the marked points all work.

Conclusion for the endgame 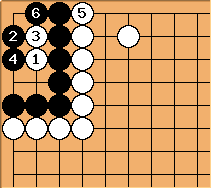 each threaten at least mannen-ko in sente, and

threatens to make seki in sente. 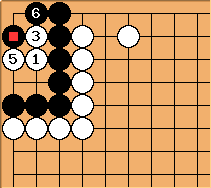 For the mannen-ko, the stone in the ko will be black and Black will still have the outside liberty. (