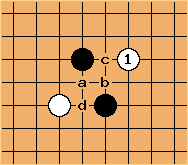 is the ear-cleaning tesuji, forcing Black to protect with a, b, c, or d.

Here's a real-life example of the tesuji taken from the 2005 Meijin league: 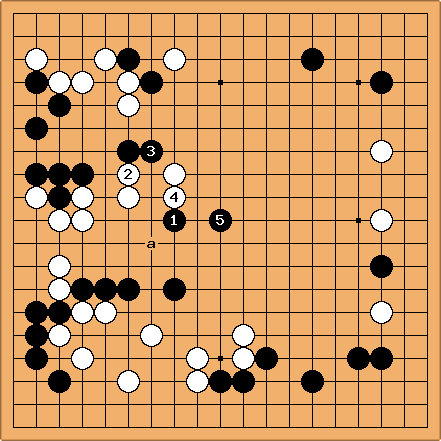 is tesuji, Black uses it to help his weak group make shape while attacking White. Black goes on to win this game by resignation.

could have resisted at a 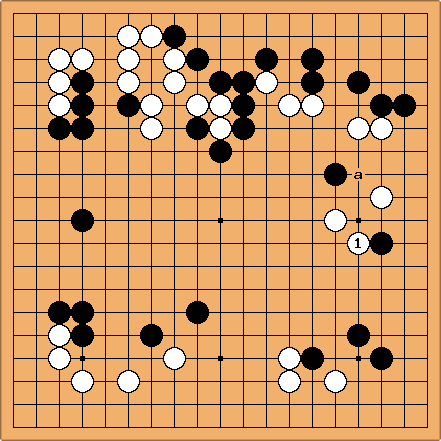 but a was also an option. 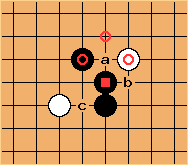 Context is, as usual, important. Assume first White is attacking here. Then White's attempts to cut are irrelevant (won't happen any time soon) - but Black presumably must connect somehow. In that case the connection with

If on the other hand White is on the defensive you perhaps look longer at White's forcing plays. But then

wouldn't be played this way, in most cases. White normally gets more by playing