Another kind of double threat is when a play on a particular point of the board is a threat both when this point is played by Black and by White. E.g. a double ko threat. 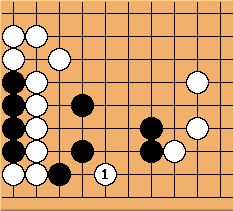 . This move threatens to connect to both the left and the right and is therefore very effective to destroy Black's eye space. 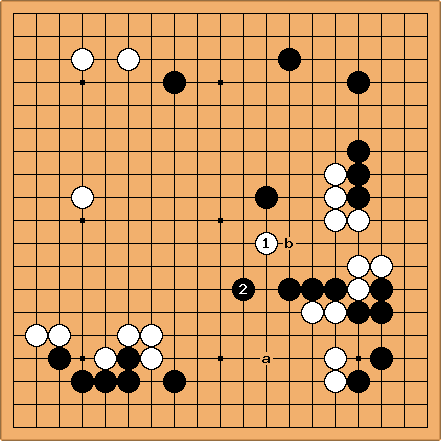 this commentary on a game from the 51st Oza tournament between Kato Masao (White) and Lin HaiFeng. Kato did not play

, which would allow the double threat of

threatens both a and b, which are miai. 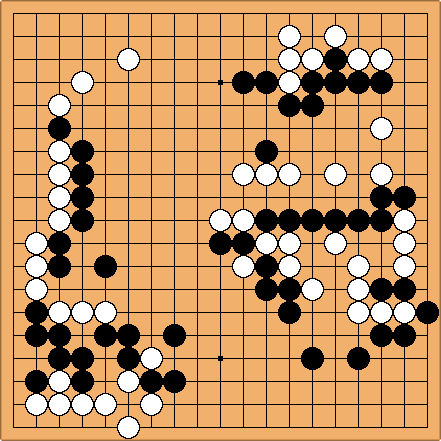