Yonrensei (four star points in a row), is the Japanese go term for a fuseki that develops from sanrensei, as depicted in the diagram below. It can also develop into the gorensei. 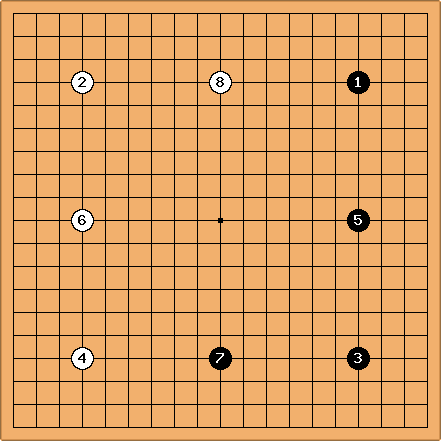 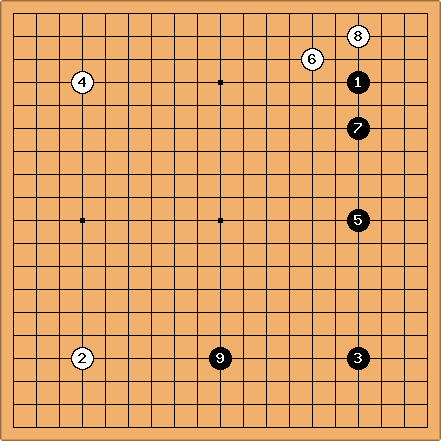 Yonrensei can evolve from Sanrensei and can evolve into the All Stars Opening.

Niklaus: Official Fuseki of the Zurich Go Club. By recommendation of Josef Renner, several members of the club started playing Yonrensei every time[1] they held black. The reasoning behind that is that playing the same opening over and over again (maybe also looking at pro games) one can get a much deeper understanding of that particular opening than when playing a different fuseki in every game. Yonrensei was chosen because experience gained from playing it is useful for handicap games too. Playing black, the Yonrensei formation can be formed even more quickly, and when playing white against handicap the situation is similar to invading a Yonrensei.

The variation I encounter most often is the one below: 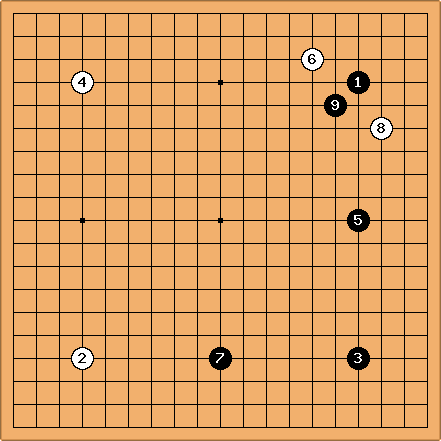 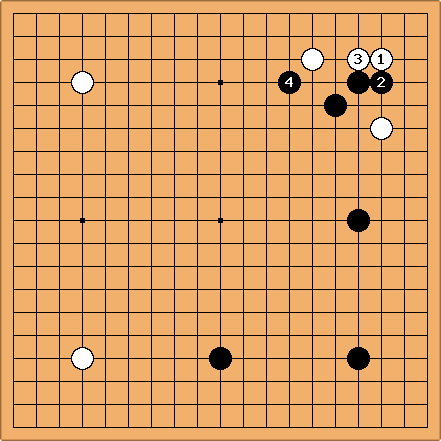 This leads to very interesting games, because white sooner or later has to do something about that Black moyo.

I can really recommend it, I feel I am getting stronger at the opening after only a bit more than one week of playing it. It suits my playing style quite nicely. It does not at all get boring playing the same opening that often, to the contrary, I've had a lot of very enjoyable games this way. I hope that some of the understanding I might get out of this is transferable to different opening patterns.

[1] I once in a while also try Tengen, my favourite opening move