kb: I saw this in a game today on KGS. I thought it was a good strategy by Black, and I didn't quite know how to counter it. I held White. (By the way, I don't know much fuseki strategies against Sanrensei because I haven't played many people who use it effectively. Heads-up thinking on my part has usually kept their framework in check.) 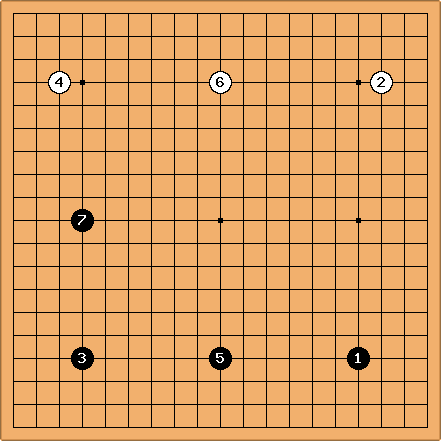 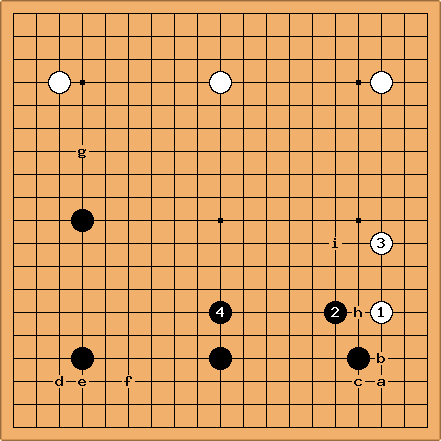 What to do against

I didn't want Black to play the All-Stars opening, so I approached the open corner.

is a bad move. It is much too slow. I don't like 3 either. I would have entered the corner at a. Then if black plays b, it is inconsistent with his earlier stones, he is blocking the wrong side. But if black plays c, his stones at

ends up in a strange position. After

Bill: I like g. It expands White's moyo while reducing Black's potential and threatens an invasion on the left side.

. It invites a Black play at i. The keima is better, like the proverb says. Before that, I do not like

. The high approach at h contests the game plan of the yonrensei.

mukai komoku? If so, I think that

would be classed as slow: even when White has played a 4-4 point and makes a Chinese on the side, it is considered a bit relaxed. White hasn't enclosed a corner. So

as an approach is more orthodox, and probably easier. 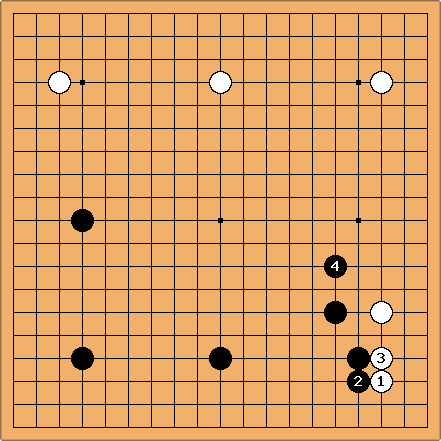 is something like a line commended by Fujisawa Hideyuki in a book. The idea is to fight if White now cuts.

Charles You were thinking of the so-called Showa fuseki. This is of course not bad in itself. It has the flavour of the early days of komi go.

I didn't remember the rest of the fuseki theory though. Although in hindsight I see that playing low towards the opponent's formation makes the right and left sides uninteresting so I should probably think of a more novel approach move for 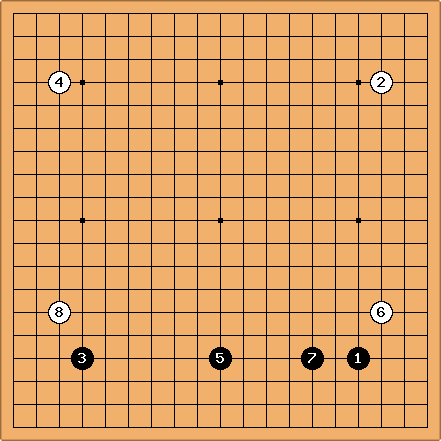 Bill: As Charles indicates, the original

is slow (aside from its relation to

here, is normal. If

, Black is perhaps a bit overconcentrated on the bottom side, and 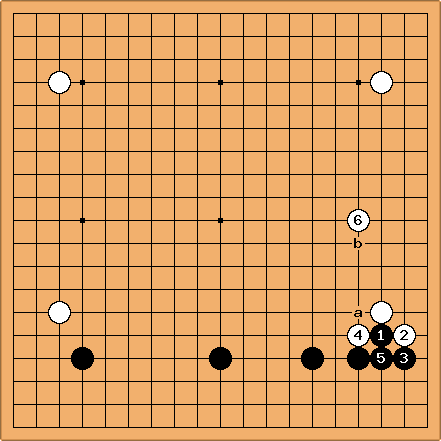 Bill: A White response to

at a would be heavy, inviting an attack at b. Instead, White can play kikashi with

, and then extend lightly to 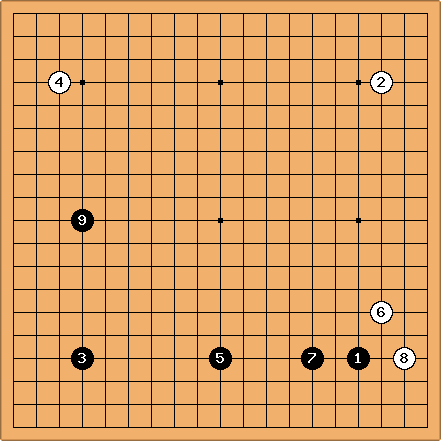 is probably too low and too slow. Takemiya played 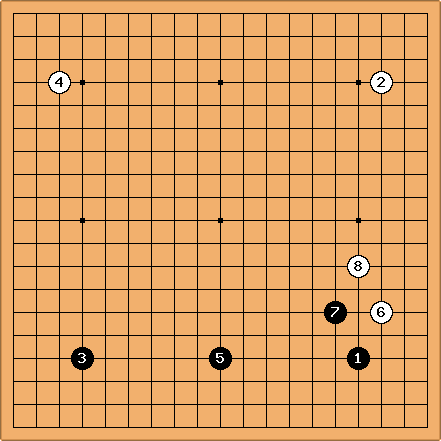 is fine, here. Note its relation to 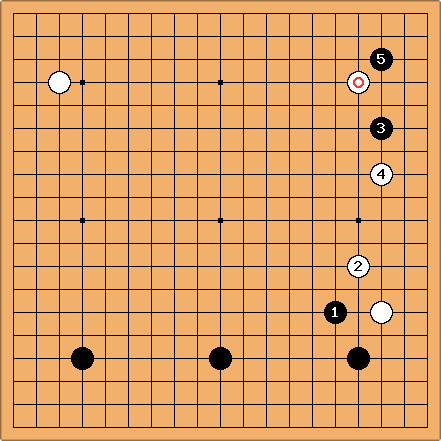 does not work so well with

on the star point. Black can continue with

, and White does not get very much on the right side. (Based on Go Seigen's commentary in 21st Century Go, as is the next diagram.) 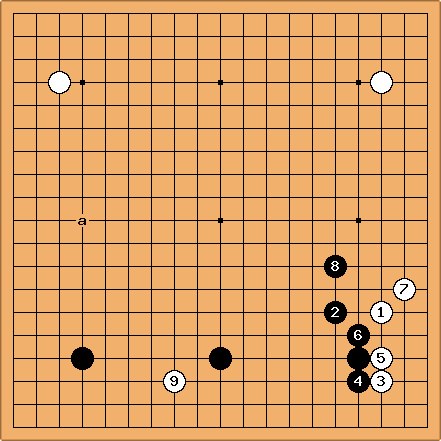 invades the corner, Black can expand his moyo with

, but then White's invasion with

is good. (Note that

is not so good when Black already has a stone at a. That's a major reason why I do not like 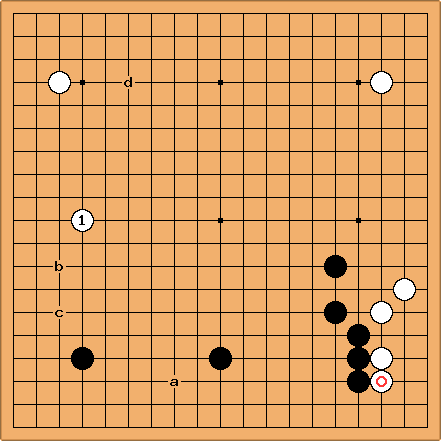 kb: What about this

before invading at a? If Black doesn't follow up at b, white can also extend to c. Bill: IMO,

is OK, too. Particularly since Black may well respond at or around d. But afterwards, I would generally prefer the invasion at a to the approach at c, which gives Black the opportunity to solidify his bottom side framework. Still, if you are going to play

, I think it would probably be better to do so before the invasion at

. It is Black's build-up of thickness in response to that invasion that makes the invasion at a urgent.