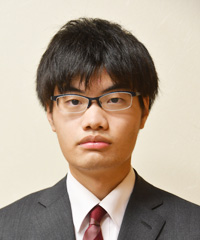 He is the 20th and current Tengen titleholder, having defeated experienced incumbent and former Gosei Ichiriki Ryo 3-1 in the 47th

Tengen match, in late (5 October -- 12 December) 2021. This is his first open title, and the match was his first big title challenge. If Seki wins it again, he'll earn promotion to 9p. He can also advance to 9p by winning the Kisei, Meijin or Honinbo. It's hard to dispute that he's the strongest Japanese professional not yet promoted to the top rank.

He is the first person to win their first big seven title since Ichiriki in 2020, and previously Shibano Toramaru in 2019, and the first born in the 21st century. (An honourable mention on that topic is deserved to Ueno Asami (also b. 2001) who won her first title (the Women's Kisei) in 2018). Seki was the fastest player ever to take a major title, taking four years and eight months from professional qualification. He took the record from Shibano, who took five years and a month.

According to John Power, while analyzing a game of Sekis a year <before his Tengen victory>, Cho Chikun commented that he was convinced he would soon win a title. Instead of just playing the move everyone would play, Seki looked for something better and this is the difference between title-winners and ordinary players.

This section is for tracking how Seki is doing in tournaments.