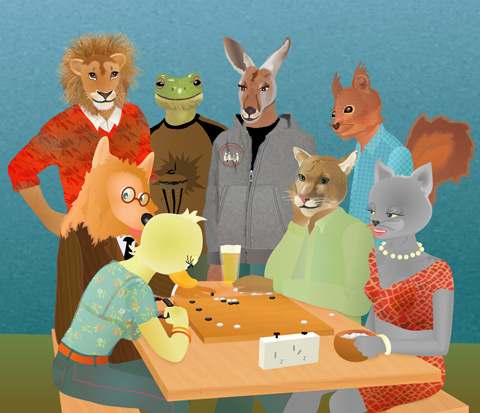 Rengos can be a good way for novice players, or weaker players to learn from stronger players. You may therefore find them being used as a vehicle for teaching, and a fair amount of discussion (kibbitz) going on during the game on what has been played.