This is a discussion of hamete (trick plays) excerpted from a 2006-07 GoDiscussions thread, which was archived

Koosh: Sure, hamete are often looked down upon as the poor sad sucker inducing moves that they are, but they have their uses. Besides having their uses, wouldn't you want to be prepared and not be the sucker that gets fooled by one in a tournament? 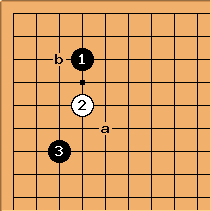 Often times, white plays A because it is simpler. But when he plays b... 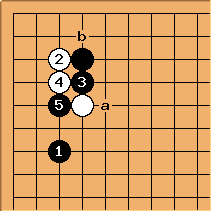 The trick is that white must not atari as it leads to collapse. A and B are proper responses. 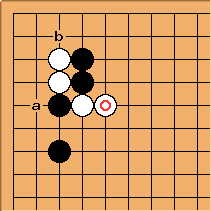 Black can stretch at A to fight, or play B to take the corner and give white a wall facing down. Usually this type of move is played to give black the wall facing down (see the next variation), so keep this in mind when playing B.

The second option, which is white playing the following... 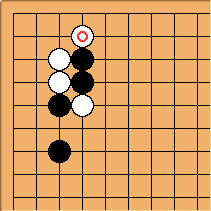 Generally leads to this variation. 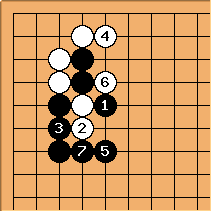 Note that neither player has to capture these stones. The local sequence should end here. B is happy to have his wall facing down.

There are a few fighting variations to this type of move, so don't be surprised when your opponent plays something you didn't expect!

Koosh: Here's the initial diagram of 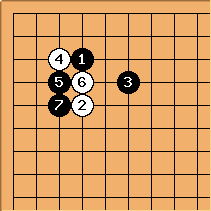 Koosh: How about this one, eh? It's pretty complicated. 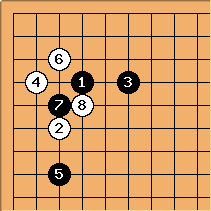 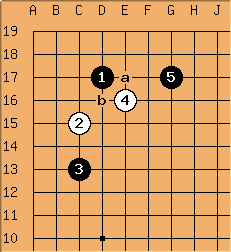 A famous example of hamete is 5 in this diagram. Typical continuations for this joseki would be at A or B. 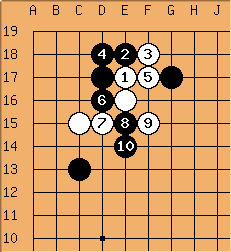 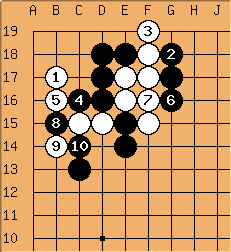 White happily captures the corner, blissfully unaware that Black is intending to sacrifice the corner. 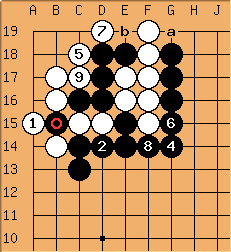 The sequence up to 9 results in a huge success for Black. White has 19 points in the corner, but Black has such a thick wall outside that its value is much bigger than White's corner. Besides, Black A is sente.

Koosh: Iopq, your post reminded me of this out of the ordinary move. 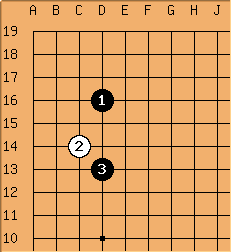 AlexWeldon: I don't know the continuation for this, but I do know the Drooping Lotus, which looks similar but is based on komoku. It's out of fashion these days, but I've played it in tournaments because no one else seems to know it, and it confuses the heck out of people. Often, they make a mistake. I don't get to play it much online, because people on the Internet don't seem to realise that there are other possible approaches to komoku than the one-space high. 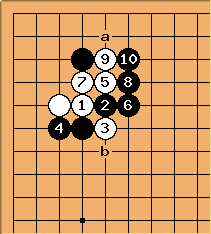 Followed by White A, Black B.

XCMeijin: I don't know if this qualifies as a trick play but i've used it before to great effect. 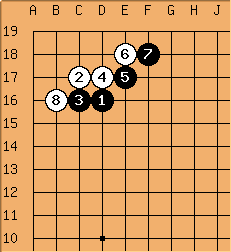 Move 8 is the key. If black tries too hastily to capture white 6: 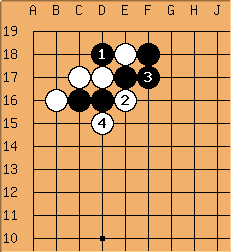 Now white gets a ladder, and good influence in the centre. 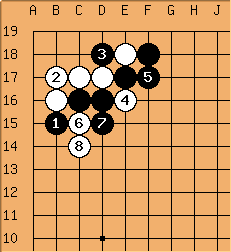 Black can not save stone #1, and white breaks out. 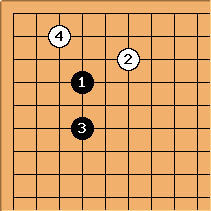